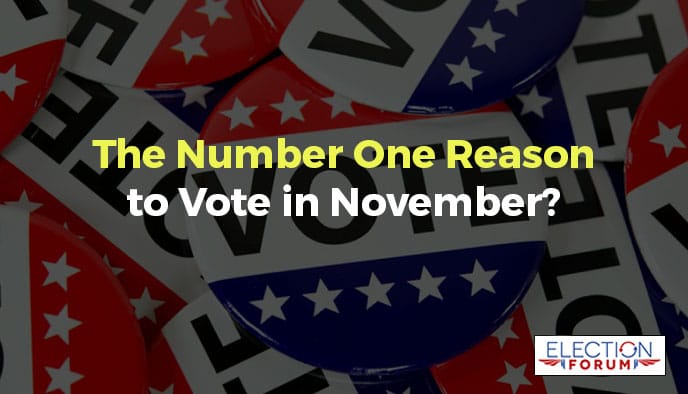 Whatever are your top political concerns, one issue should override all others.

What issue is that?

Your vote for president in this year’s general election is equivalent to your votes for two to four new Supreme Court justices over the next 4 years … plus your votes for federal appeals court judges and federal district court judges.

Supreme Court justices and federal appeals court and district court judges are appointed by the president and confirmed – or not confirmed – by the U.S. Senate.

The 2020 presidential election and the Senatorial races will direct the future course of politics in the U.S. for the next 30 to 40 years.

Brad Dacus of the Pacific Justice Institute was recently on stage with me, saying he believes the next U.S. President will appoint 4 new Supreme Court justices.

Look at this chart of the current Supreme Court justices and their ages:

Everything you believe in and that you want to be upheld and preserved in the U.S. may depend on the Supreme Court of the future:

The Court has been packed with judicial activists – judges who legislate from the bench – since the Earl Warren Court of the 1960s.

Judicial activists make rulings and laws based on their political ideology.

This shouldn’t happen. Only the legislative branch of government – the U.S. Congress – should make laws.

Judges who are “strict constructionists” understand – and believe in – their constitutional role as interpreters of the law, not makers of the law.

These two appointments changed the composition of the Supreme Court from activist to constructionist for the first time in over 50 years.

But whoever is elected President in November – if he has the support of a majority in the Senate – can either preserve and strengthen the constructionist nature of the Court … or reverse it and turn it back to an activist Court for the next 30 to 40 years!

That’s right. Bernie Sanders, Joe Biden and Elizabeth Warren all will appoint judges who will legislate their political ideology from the bench.

A long-standing Democrat Party philosophical position has been that any socialist/progressive legislative objective that cannot get passed in Congress because it’s too radical, can be made into law by the Supreme Court through the filing of special “test cases.”

The U.S. Constitution does not guarantee a pregnant woman the right to murder her unborn child in her womb. That “right” was concocted by the Supreme Court through the Roe v. Wade decision of 1973.

The upcoming 2020 presidential election will be the most important and culture-transforming election of yours and my lifetime.

If the 2020 presidential election were held today, whom would you vote for?

If you haven’t already indicated your preference in our online presidential poll, please click here to participate. We will be informing the media of the results.

One Comment on “The Number One Reason to Vote in November?”