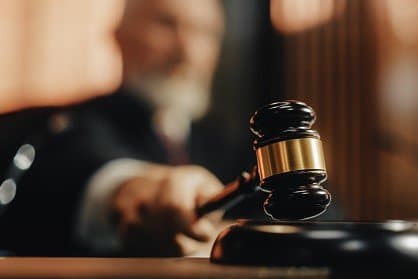 The Durham trial uncovered jaw-dropping news that Hillary Clinton personally approved releasing the Alta Bank/Russia collusion allegations/documents to the media, even though the campaign knew that the information was bogus. Former Clinton campaign chairman Robby Mook gave his testimony under oath…

The origin of the scheme was exposed.

The trial against Hillary Clinton Lawyer, Michael Sussmann also brought to light the sworn testimony of other Clinton campaign members and members of the FBI and other government agencies, disclosing things that were unknown, but have now been revealed…

The Washington D.C. swamp and its dirty little secrets are being exposed.

The lies are stripping the D.C. swamp bureaucrats of their secrets.

The Naked Swamp exposure is something every American should know about.

Each shopped the dossier to their own contacts within the FBI — known as “circular reporting.” This is done to make it look like two different sections of the FBI are investigating, giving the media and other deep state player’s “Trump/Russian collusion” narrative more credibility.

Steele also doubled down through his contact at Fusion GPS, Nellie Orr, who is Justice Department official Bruce Orr’s wife. Bruce handed over a copy of the “Russian dossier” to Deputy FBI Director Andy McCabe. Steele also gave a copy of the dossier to Jonathan Winer of the State Department…

And guess who had a satellite office in the law offices of Clinton Law firm Perkins Coie… None other than the FBI. Think about it — Clinton lawyers with direct access to the FBI’s files.

The FBI made the changes without hesitation or question.

In fact, Sussmann was so chummy with the FBI that he regularly texted his “good friend”, FBI General Counsel James Baker to set up meetings… meetings to which Sussmann already had clearance to enter the building with a badge that he possessed.

So, Sussmann was able to come and go within FBI offices whenever he pleased… no fuss… no muss.

This prompted FBI head James Comey to “brief” Trump in 2017 about the Russian dossier. This briefing was then leaked to media outlet BuzzFeed, which published the dossier. Comey further leaked notes from his meeting with Trump to a friend in the press.

The leaked information from Comey was the kindling that sparked a media fire, which prompted Congressional Democrats to call for a Special Council to investigate Trump and his administration.

Comey appointed the job to his old friend and mentor Robert Mueller. Mueller spent two years and over $35 million investigating Trump — Taxpayer money wasted on an investigation the FBI knew was manufactured by Clinton.

The Mueller Report concluded that they “did not find that the Trump campaign, or anyone associated with it, conspired or coordinated with the Russian government in these efforts, despite multiple efforts from Russian-affiliated individuals to assist the Trump campaign.”

However, being good and loyal deep state operatives, they threw in this little caveat — “…while this report does not conclude that the President committed a crime, it also does not exonerate him.”

And no mention of the Clinton campaign financing the Steele Dossier.