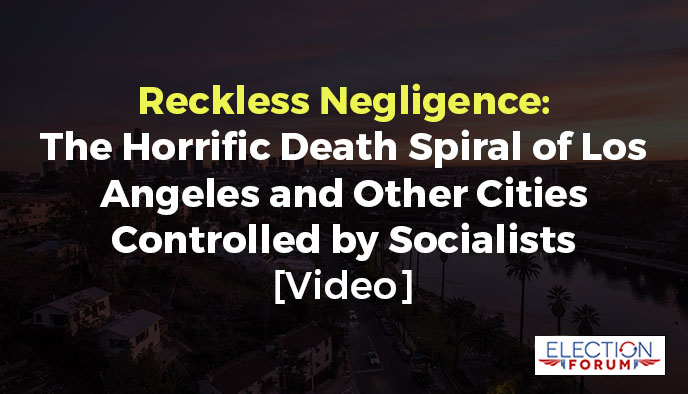 Wherever you live, you must know about the reckless negligence of socialist city leaders.

The short 3 ½-minute video at the end of this article will shock and alarm you. It’s quite disturbing…

Negligence in addressing the health issues caused by homelessness is impacting cities across the nation. Let’s look at Los Angeles and at what one health expert is saying…

“We have complete breakdown of the basic needs of civilization in Los Angeles right now… Tuberculosis is exploding… We are one of the only major cities in America that does not have a rodent control program… I’m hearing from experts that Bubonic Plague is likely; it’s already here.”

He continued: “This is not third world; this is medieval. Third world countries are insulted if they are being accused of being like this… The entire population [of Los Angeles] is at risk.”

City leaders insist it’s a housing problem … but they’ve never been on the streets where the homeless gather.

If they’d get out of their plush offices and gated communities, they might observe these real problems of the homeless population in Los Angeles and other major cities in America:

Why do many of the homeless not want to leave the streets?

Watch this video of Dr. Pinsky talking with Laura Ingraham about what’s ahead for Los Angeles and other major cities if socialistic government handouts for the homeless are not stopped. This could be happening near you.