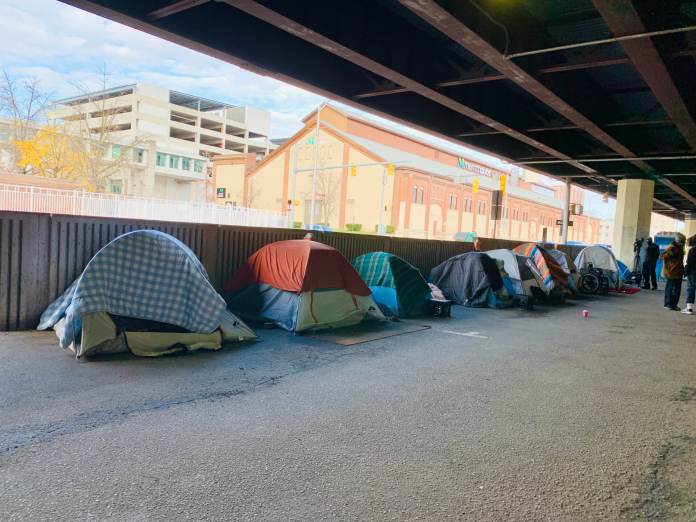 Across America, cities with Democrat Socialist leadership have wasted millions of dollars of taxpayer’s money on ineffective programs for the homeless.

And not only that, but they also created a welfare state to help enable them to remain homeless easily… and with no need to work. This is similar to entitlement programs that have stifled independence and a work ethic, replacing them with an addiction to government handouts.

In California, there are over 66,000 thousand who are homeless. They’re everywhere that you travel, especially in Los Angeles and San Francisco.

My California home is in a suburb, some 24 miles from downtown Los Angeles. And the surrounding area is being overrun by the homeless.

They are encroaching along the roads, in hills, and in parks.

In Seattle, it’s become a crisis because they are allowing the homeless to camp around schools.

In Austin, people are working to take a stand against the city’s homeless crisis.

Recently over 85,000 people voted in favor of bringing back the ban on public camping.

Save Austin Now was the PAC that worked to get the ban passed.

The homeless camping ordinance had been destroying the city – but it is hoped that the ban will now help restore public health and safety.

Watch this 3-minute video to see how your city can also fight back. Click HERE to watch.

Click HERE to view statistics on the homeless population in California.

One Comment on “The Homeless Crisis is Out of Control in Socialist Run Cities: How People are Fighting Back [Video]”