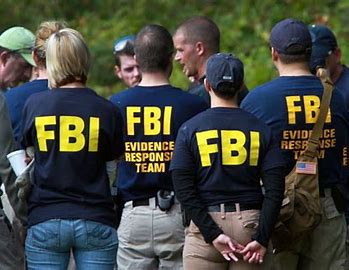 This is what moms and dads speaking out at School Board assembly meetings are now being called – Domestic Terrorists.

President Biden, the Department of Justice, and the FBI are classifying parents and taxpayers as potential “Domestic Terrorists” — requiring an investigation of those going to their local school board meetings to complain about curriculum and other harmful school board policies.

Here are 11 shocking things you should know:

#1. The DOJ and FBI Assault on Parents and Abuse of Power is Designed to  Instill Fear In Parents And Silence Political Opposition – And They Know It Is Unconstitutional.

The organization that sent President Biden and the Department of Justice a letter is not “neutral” or “professional.” It is a political advocacy organization. It has a $19 million dollar budget for salaries and political activity – paid by state and local school boards and their members.

The Department of Justice lawyers and the Attorney General Merrick Garland know they have no constitutional basis to interfere with First Amendment rights of parents at school board meetings.

They know they are using intimidation by the FBI to achieve political victory for their ideology.

They are doing this to push as strong and as hard as they can to squash political opposition at school board meetings, and attempt to stop the parents from prostesting indoctrination and politicization of government schools.

Simply by using fear and intimidation, they don’t need to lose a court case to achieve their objective of silencing constitutionally protected dissent.

Already 20 State Attorneys General have written Biden and Garland about their opposition to the war on parents.

Indiana Attorney General Todd Rokita sent a letter signed by 16 State Attorneys General, saying, “The Biden administration has provided no convincing evidence of any significant ‘spike’ in threats against school personnel. Instead, these actions by the administration seem designed to chill the lawful dissent of parents who express concerns about their children’s education at local public school board meetings.”

#2. How It All Started – A Letter from a Radical  Political Advocacy Group

The pro-socialist advocacy group, “National School Board Association,” sent a letter to President Biden and Attorney General Garland asking that the Department of Justice and the FBI investigate the school board meetings and classify parents as potential “domestic terrorists.”

Shockingly, the bureaucracy didn’t take months to respond, as is normal.

Within a few days of receiving the letter, Garland and the Department of Justice issued a memorandum filled with legalese… and a threat that moms and dads at school board meetings could be classified as a “domestic terrorist” and subject to investigation, arrest, and even jail.

The Department of Justice Memo contained all threats and insinuation, no details or substance.

The Department of Justice memorandum is chilling – but bizarre.

But it fails to cite any crime. It shows no constitutional basis for the federal government to interfere with a local school board.

It hides its lack of substance with legalese that in reality says it will provide “advice” to local school boards.

FBI agents and high-paid federal prosecutors will go across the nation looking for a perceived crime by moms and dads, investigating school board meetings, and intimidating and terrorizing local parents and taxpayers.

The FBI could be knocking at your door because of what you said at a school board meeting.

This type of intimidation is wrong, and the power of the federal government should not be used by either Democrats or Republicans to frighten and silence opposition.

#3. The National School Board Association Is a Radical Pro-Democrat Socialist Organization.

Its leadership for the last twenty years has donated to pro-socialist Democrats – Including Obama, Clinton, and Biden.

#4. The Letter Blows Up: The NSBA Rescinds And Apologizes for the Letter But Only to Members, Not the Public

Some canceled their membership.

It was so significant that the NSBA apologized for the language and for sending the letter to their members.

“On behalf of NSBA, we regret and apologize for the letter,” said the NSBA memo. “There was no justification for some of the language included in the letter. We should have had a better process in place to allow for consultation on a communication of this significance. We apologize also for the strain and stress this situation has caused you and your organizations.”

But they did not withdraw the letter from Joe Biden and the Department of Justice.

Since the entire DOJ/FBI memo was based on this one letter, it would have destroyed the DOJ/FBI justification for creating an array of FBI agents to oversee School Board meetings.

#5. Weaponizing the FBI and Department Of Justice (DOJ) to Silence School Board Protesting by Parents, Grandparents, and Taxpayers: The Three Reasons This is Happening.

The true reason Attorney General Garland issued this memorandum is to suppress dissent by outraged parents, grandparents, and taxpayers.

Across America, a historic revolt has spread, demanding reform of the failed public/government schools.

In the last few months, close to 100 School Board recall elections have gathered signatures spontaneously across America against over 200 School Board members.

Because the schools are indoctrinating the kids with:

If they can scare parents and opponents to stop – they win, and they hope this memo will stop the opposition.

Parents could be afraid:

And more. They will think it is not worth the risk.

There are no real examples of “domestic terrorism” at School Board meetings.

Any problems are handled by local police.

The White House could find no examples to document.

The NSBA letter and the Garland DOJ memo had no specifics or evidence, just rhetoric.

The NSBA did mention one example… and it turned out to be an embarrassing mention in their letter about the arrest of a Virginia dad. The letter never explained why he was arrested.

His daughter had been raped by a “gender fluid” boy in the girl’s bathroom.

The school board knew; they covered it up.

The Superintendent of Education knew and publically said no such thing happened. He lied.

He said this as they passed transgender policies.

The father was arrested, labeled a “fascist” on social media, and people tried to destroy his business.

He wanted to publicly tell his daughter’s sad and disturbing story to the school board – but they cut off public discussion to prevent the father from speaking out on the rape of his daughter.

The rapist has been found guilty in court and sent to a different school. Why?

The dad was the victim of unfair treatment – and was the example cited in the letter.

#7. Has There Been Violence?

No evidence of “domestic terrorism” by parents or any violence was mentioned in  Garland’s DOJ memo.

The National School Board Association may have found one person who injured a security guard with all the school board protests.

That is a local policy matter, not a federal government concern. The FBI should be investigating terrorists and violent crimes… but not investigating political beliefs at the local level.

By contrast, the school boards and school district administrators have been cutting time on vocal opposition speakers, setting up unreasonable restrictions on moms’ and dads’ opinions, closing down School Board meetings, cutting off microphones, harassing speakers, and more. And some of these parents have been escorted out, handcuffed, and beaten up by the security or local police. They are the ones hurt.

Garland said there was a “rise in criminal conduct” against school officials.

The FBI’s crime data shows no evidence either.

For the Attorney General to send out a memo he knows is unconstitutional and not part of his job is immoral.

The Attorney General is supposed to be above politics.

But this memo is all politics.

It’s weaponizing the Department of Justice against moms and dads.

That is the real crime. They are using the power of the state to stifle First Amendment rights of those disagreeing with the pro-socialist agenda.

That is a waste of time and money.

There is no legal or constitutional basis for federal law enforcement against the protesting of local parents.

It is our constitutional right to speak out. To shout out. To even be angry at the school’s curriculum and inability to teach the kids.

Parents should not be afraid. They must stand up against the evil of Critical Race Theory (CRT) and other forms of political and social indoctrination of transforming the children into broken puppets of radical ideology.

This is an abuse of power, and we must take a stand for doing the right thing.

The Department of Justice and FBI leadership was politicalized by President Obama’s appointees, creating the “resistance” under Trump, and is now again at war against freedom and justice.

This is what is called the Deep State: politicalized bureaucrats using their power of the government or state to transform America into an ideology of socialism, secularism and Big Brother Government.

One aspect of this ideological assault by the Deep State is a two-tiered justice system.

Those the Deep State likes, the Department of Justice helps.

They may riot, destroy, assault, commit violence, and even with no consequences, no arrests, no punishment, no justice.

But if you’re a conservative, a Republican, a libertarian, or Christian, the government assaults your freedoms and constitutional rights.

This should not happen as a free country.

1. Give more support to, and more involvement with, your local school board.

Go to school board meetings in your local town and support the moms and dads standing up and speaking out.

3. Donate to stop the madness. Help us oppose this war on parents through our Turn America Around fund.

4. Buy The Deep State: 15 Surprising Dangers You Should Know.You’ll better understand how the bureaucracy is being used is a political tool to transform America.

You can order the book on Amazon HERE.

There are several ways to order:

You can get the audio on kindle. Click HERE or order on Amazon HERE.

You can also send a check for $18.84 (includes shipping) payable to Media Specialists and send it to this address:

3 Comments on “The FBI/Department of Justice War on Parents: Investigating Moms and Dads as “Domestic Terrorists” – 11 Shocking Things Everyone Should Know”