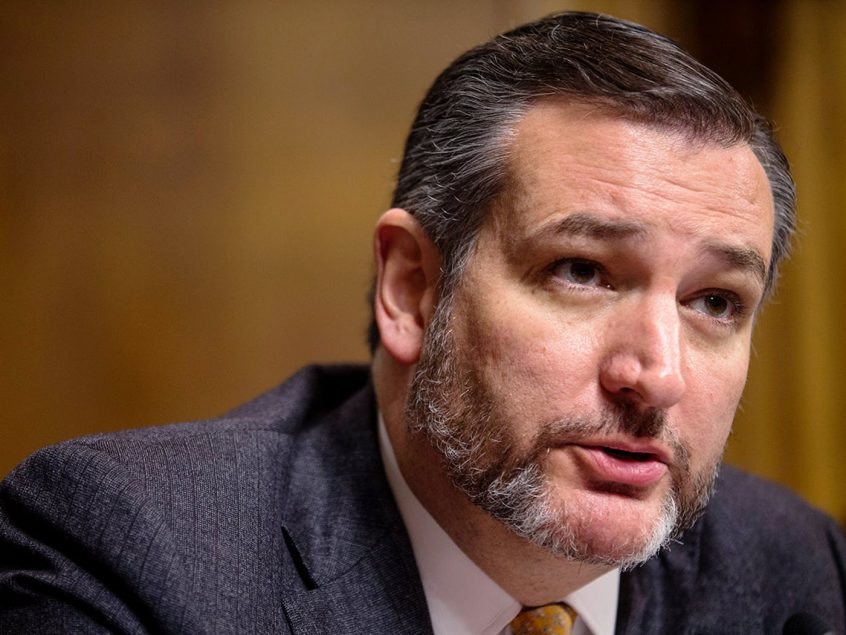 And it wasn’t an “insurrection” either, which is the left’s preferred term.

Insurrection is a specific legal term, and January 6th does not qualify as an insurrection.

That’s why no one has been formally charged with the crime of “insurrection”.

Sen. Cruz referred to the January 6th riot as a “violent terrorist attack”.

As a result, Cruz asked to go on Tucker Carlson’s show on Fox News.

Last night, Carlson confronted Cruz, “You never use words carelessly, and yet you call this a terror attack…That’s a lie.”

Cruz’s response was that the way he phrased his remarks Wednesday was “sloppy and frankly, dumb”.

Then it got ugly.

Carlson said, “I don’t buy that…You take words as seriously as any man who has served in the Senate….I do not believe you used that phrase accidentally. I just don’t.”

Cruz said, “Let me tell you what I meant. What I was referring to are the limited number of people who engaged in violent attacks against police officers. I think you and I both agree that if you assault a police officer, you should go to jail.

That’s who I was talking about. And the reason the phrasing was sloppy is I have talked to dozens if not hundreds of times, I’ve drawn a distinction. I wasn’t saying that the thousands of peaceful protestors supporting Donald Trump are somehow terrorists,” he contended. “And that’s what a lot of people have misunderstood that.”

But Tucker pushed back.

“Hold on, what you just said doesn’t make sense. So, if somebody assaults a copy, he should be charged and go to jail, I couldn’t agree more. We have said that for years. But that person is still not a terrorist,” Carlson said.

“How many people have been charged with terrorism on Jan. 6? Like, why did you use that word? You’re playing into the other side’s characterization that….allows them to define an entire population as foreign combatants, and you know that, so why did you do it?” he demanded of Cruz.

“So Tucker, let me answer you directly,” Cruz replied. “The reasons I’ve used that word for a decade, I have referred to people who violently assault police officers as terrorists. I’ve done so over and over and over again. If you look at all the assaults we’ve seen across the country, I’ve called that terrorism over and over again.

“That being said, Tucker, I agree with you. It was a mistake to say that yesterday. And the reason is what you just said, which is we’ve now had a year of Democrats in the media, twisting words, and trying to say that all of us are terrorists trying to say you’re a terrorist, I’m a terrorist,” he continued.

Cruz went on to remind Carlson that he has fought the Democrats tooth and nail over their overblown rhetoric regarding Jan 6th. He also brought up the fact that he was one of those in the Senate who opposed certifying the 2020 presidential election results.