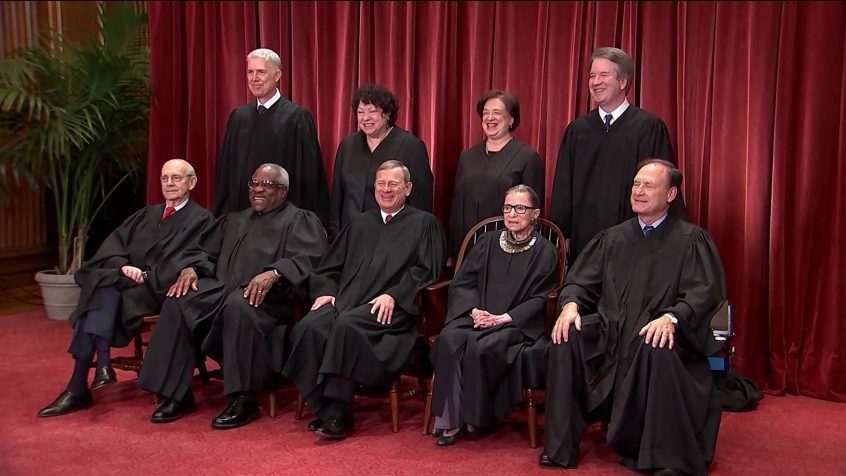 #1. We’re delighted that the U.S. Supreme Court has declared that President Biden’s overreach ordering the federal bureaucracy OSHA to mandate 80 million workers at large businesses to get vaccinations or lose jobs was declared unconstitutional.

Had the Supreme Court upheld the mandate, freedom of choice and our individual rights would have been constantly under assault by the bureaucracies for any reason.

For example, if the government and unelected bureaucrats can order you to involuntarily take something into your body like the COVID-19 vaccine – they can do anything they want for any “health” concern.

#2. The court decided in a 6-3 decision where even one of the most disappointing judges on the court, John Roberts, sided on the right side of the issue.

The judges who voted in favor of the forced mandate are judicial activists and do not care about the constitution but want to legislate from the bench.

They are favorable to expanding government and will be willing to legislate to do so.

This court turnaround now gives people hope that the worst of the mandates are behind us.

#3. Big disappointment. They passed on a decision to stop the vaccine mandates for the medical industry for healthcare workers.

Instead of making the right decision, they basically sent it back to a lower court and allowed the mandate to continue.

The right decision was betrayed by John Roberts… not a big surprise … but terribly surprised by Judge Cavanaugh who voted with the judicial activists.

This shows the importance of being careful about who is appointed to the U.S. Supreme Court.

And why Biden is fighting hard to change the court’s composition to encourage the court to appoint more.

#4. The health workers fighting back.

On behalf of 20,000 Maine health workers who oppose the COVID-19 vaccine mandate, a Christian civil rights group has appealed to the U.S. Supreme Court for protecting their rights.

The reason for the new court action? Texas Federal Court recently took on the Department of Defense, denial of religious exemptions for the military.

The military lost, and the Texas Federal Court upheld the necessity for honoring religious exemptions to opt-out of COVID-19 vaccinations.

The Maine hospitals were granting medical exemptions to not get COVID-19 vaccines, but not religious ones.

This is discrimination against people of faith.

The U.S. Navy SEALs victory in the Texas Federal Court gives hope that the U.S. Supreme Court will agree that religious exemption is necessary.

For me, the attack on all of these healthcare workers has been tragic and unconstitutional and an assault on religious liberty.

For example, the pro-socialist anti-Christian governor of Maine Janet Mills has attacked Calvary Chapel in Bangor, Maine, for meeting together despite her orders to close religious services.

76% of the state’s population is fully vaccinated—one of the highest in the nation.

Maine, New York, and Rhode Island are the three states that do not allow religious exemptions for healthcare workers.

The fact that so many health care workers in Maine have basically been fired has created a huge shortage and disruption of healthcare in the U.S.

For example, two of the largest hospitals shut down or scaled back their emergency room and urgent care services due to a lack of staffing to cope with all of the people needing help.

Many towns reported a shortage of ambulance drivers and EMTs workers because of the firings.

Let’s hope and pray that the Supreme Court will take up the case and make a decision in favor of the religious exemptions.