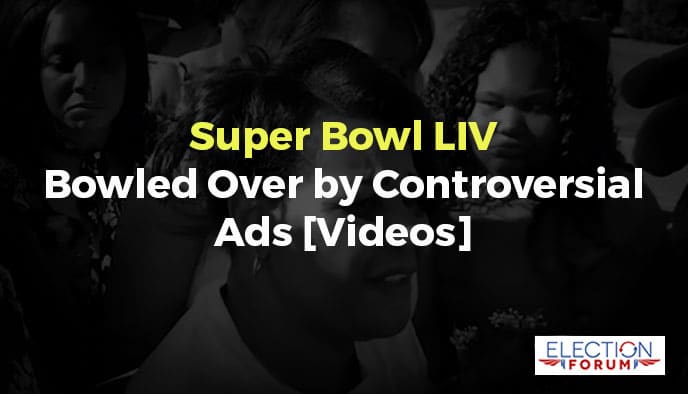 Super Bowl TV commercials are a big business … and a big topic of discussion and analysis every year.

Is this amount of money well spent? This is debatable.

Many of this year’s 71 advertisers choose to create ads with a political message – including President Trump and Democrat presidential candidate Michael Bloomberg – who both ran 2020 campaign ads.

President Trump’s excellent ad was about criminal justice reform. You can watch it here.

Michael Bloomberg “cheated” – although he didn’t do anything illegal…

What he did was this: he created a campaign ad titled, “Trump’s Broken Promises: Enough Is Enough.” Then he bought up all of the key words in Google related to Trump’s ad.

What this means is that if you Google any of the following phrases:

Bloomberg’s ad will be the top search result you will see.

You must include “criminal justice reform” or “prison reform” in your search text if you want to see President Trump’s ad rather than Michael Bloomberg’s ad.

It was a great way to begin the broadcast…

But apart from President Trump’s ad later in the broadcast, commercials went downhill from the initial tribute to the U.S. flag.

A flood of pro-LGBT ads bombarded viewers, featuring everything from advocating transgenderism to same-sex marriage. Sabra Hummus caused the most jaws to drop, casting drag queens for the first time ever in a Super Bowl ad.

A complete analysis of the Top Ten Best ads and the Top Ten Worst ads – along with the 6 Direct Response TV Advertising Rules – was published in last week’s Direct Marketing Update (DMU) newsletter. You can read it – and watch the ads – by clicking here.