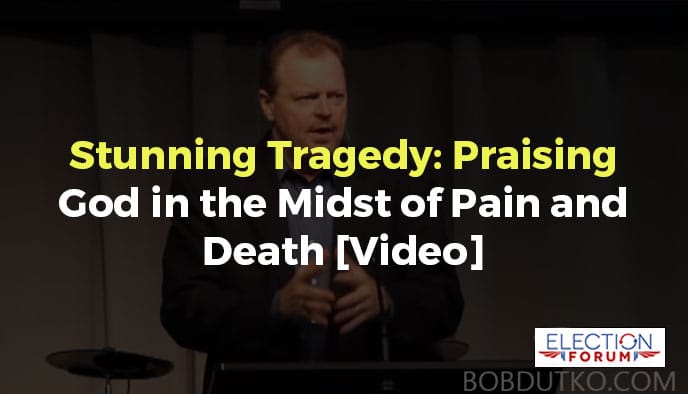 You may have heard Bob Dutko on the radio. He’s a conservative Christian talk show host on the Crawford Broadcasting Network in Detroit. He is very good.

How he reacted to her death may amaze you…

How would you react if you ever heard an ER doctor say, “mark the time of death”?

One Comment on “Stunning Tragedy: Praising God in the Midst of Pain and Death [Video]”