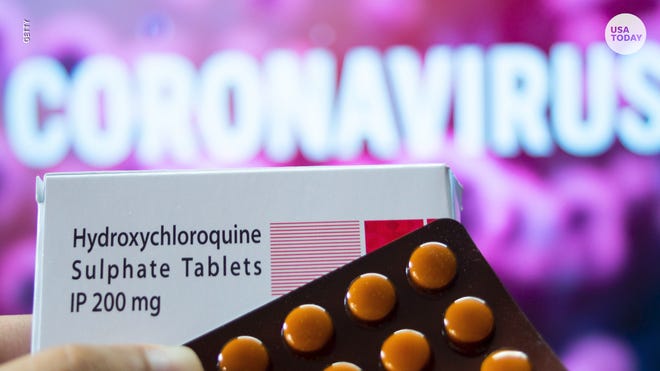 Trump shocked the biased media when he told the world he was using hydroxychloroquine as protection against COVID-19.

It was being widely considered by the medical establishment as a promising treatment for COVID-19.

There was fair and balanced reporting of its known side effects and of its potential use to inhibit the overreaction of the immune system – which is what kills critically ill COVID-19 patients.

But then President Trump mentioned the promising results of preliminary testing of the use of hydroxychloroquine in one of his daily Coronavirus task force briefings.

Hydroxychloroquine has been in use for over 60 years to treat malaria, lupus and rheumatoid arthritis.

The side effects and risks of the drug are well known. COVID patients with underlying heart disease shouldn’t be given the drug.

What happened next was shocking … but not surprising.

The progressive media attacked President Trump for daring to mention a possible cure for COVID-19 … and went on a jihad to discredit the drug.

Reports began surfacing saying the drug had no positive effect … and that COVID patients would suffer heart attacks if they were treated with it.

Influenced by the media’s trashing of hydroxychloroquine’s effectiveness in treating COVID-19, the FDA and several state governors restricted or banned the use of the drug for COVID-19 patients:

The Association of American Physicians and Surgeons (AAPS) reports that out of 2,333 COVID-19 patients treated with hydroxychloroquine (HCQ) in China, France, South Korea, Algeria and the U.S., 2,137 (91.6%) were cured … and 63 died – all but 11 of which were Veterans Administration patients who were severely sick.

The AAPS also reports that HCQ – particularly when combined with zinc – hinders the Coronavirus from entering into the receptor cells in the lungs. “They may also prevent overreaction by the immune system, which causes the cytokine storm responsible for much of the damage in severe cases.”

A pastor friend of mine and his wife – both in their 80s – contracted COVID-19 and found themselves in the hospital on ventilators. The doctors had given up on them having any chance of recovery.

Their situation was grim…

My wife Shelly convinced them to demand that they be given hydroxychloroquine.

Within 10 days of being treated with the drug, they were both out of the hospital.

They would have been much better off if they had taken it early. Evidence is showing its great as a preventive and cure in early sateges.

And yet, the medical “experts” and many state government leaders don’t want it to be used to treat COVID-19.

What’s wrong with this picture?

Now President Trump shook things up again as he and his doctor decided to take it.

Watch this 2 ½-minute news report on the observational evidence reported by the Association of American Physicians and Surgeons. Click here to watch video.

Watch this interview with Attorney General William Barr in which he discusses the media jihad against President Trump and hydroxychloroquine (8 ½ minutes).

3 Comments on “Shocking and Disturbing: Trump Attacked by Biased Media for Using Drug Shown to Have a 91% Cure Rate for COVID-19 – FDA and State Governors Restrict Its Use [Videos]”