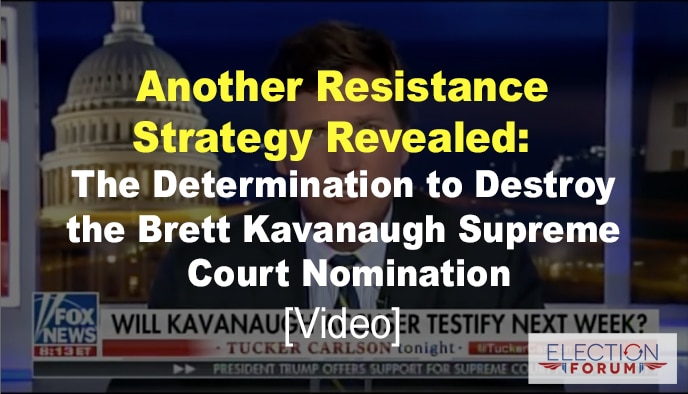 The resistance against President Trump by both the progressive media and progressive politicians has reached an absurd level.

And they’ve now found the ultimate weapon against which there is no defense – an unprovable accusation of sexual assault.

Even though California Senator Dianne Feinstein received the letter in July from Christine Blasey Ford accusing Brett Kavanaugh of sexual assault 36 years ago … she waited to reveal it until AFTER the confirmation hearings were over and the Senate Judiciary Committee was about to vote on confirmation.

They know the allegation against Kavanaugh can be neither proven nor disproven … but they also know they can still use the mere accusation to gain a significant political advantage before the midterm election in November.

Tucker Carlson of Fox News argues that according to complex Senate rules, if the testimony of Christine Blasey Ford before the Senate Judiciary Committee is allowed to be delayed until Thursday of this week, the nomination of Brett Kavanaugh is most likely over … forever.

The ultimate goal of the resistance movement – of course – is to seize control of both the House and the Senate in the midterm election … and remove President Trump from office.