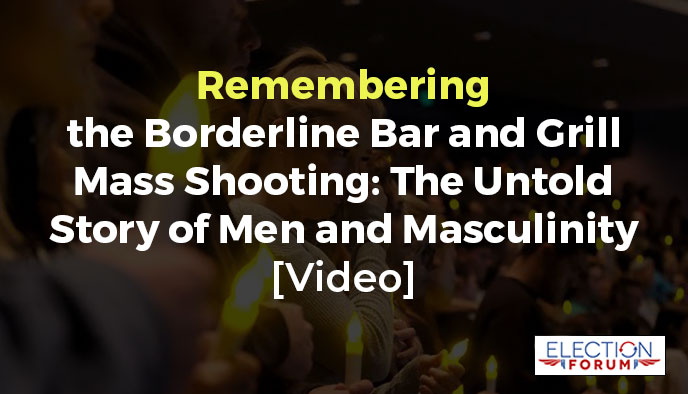 Last month was the one-year anniversary of the tragic mass shooting at the Borderline Bar and Grill in Thousand Oaks, California on November 7, 2018.

The media has focused on the tragic loss of 12 lives that night … and on how the survivors and the community have coped with the tragedy and memorialized it.

A Healing Garden – with 12 granite slab benches and 12 pond jets to symbolize the lives lost – was built by the city of Thousand Oaks.

Twelve white crosses adorned with cowboy hats, sunflowers and photographs line the front wall of the Borderline – which has not yet reopened…

And a portion of the Ventura Freeway has been dedicated to the Ventura County Sheriff’s Deputy who died when he stormed the bar trying to stop the shooter.

Lost in the media frenzy has been reporting of the many lives that were saved during the shooting by ordinary male bar patrons who shielded women with their own bodies … and then ushered them outside to safety when the shooter paused to change magazines in his pistol.

It seems the progressive media would rather emphasize evil and violence rather than telling stories about the heroic acts of good and decent citizens.

Watch this video about how lives were saved during the mass shooting (4 ½ minutes). Click here to watch video.

2 Comments on “Remembering the Borderline Bar and Grill Mass Shooting: The Untold Story of Men and Masculinity [Video]”