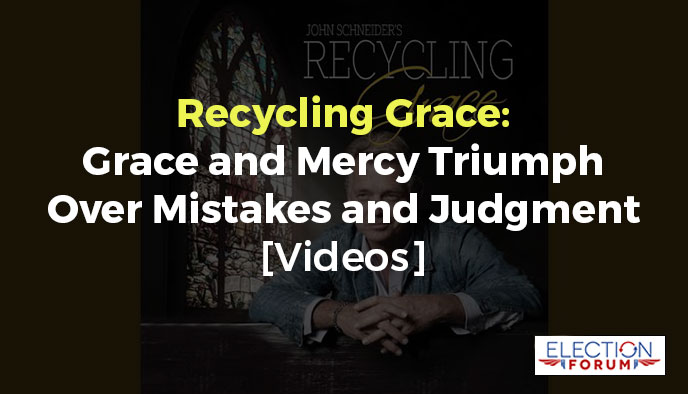 He’s best known for playing Bo Duke of the TV action-comedy series Dukes of Hazzard … which ran from January 1979 to February 1985.

But he’s also a country music singer … and a Christian.

He explains what he means by “recycling grace” this way:

“To me, recycling grace is about – we’ve all been given grace. God gives us grace. It’s free! We don’t earn it, we don’t deserve it, there’s nothing we’ve done for it, but if you’re anything like me, you’re an idiot and you throw it away.”

Watch this video of John Schneider sharing his testimony (9 minutes).