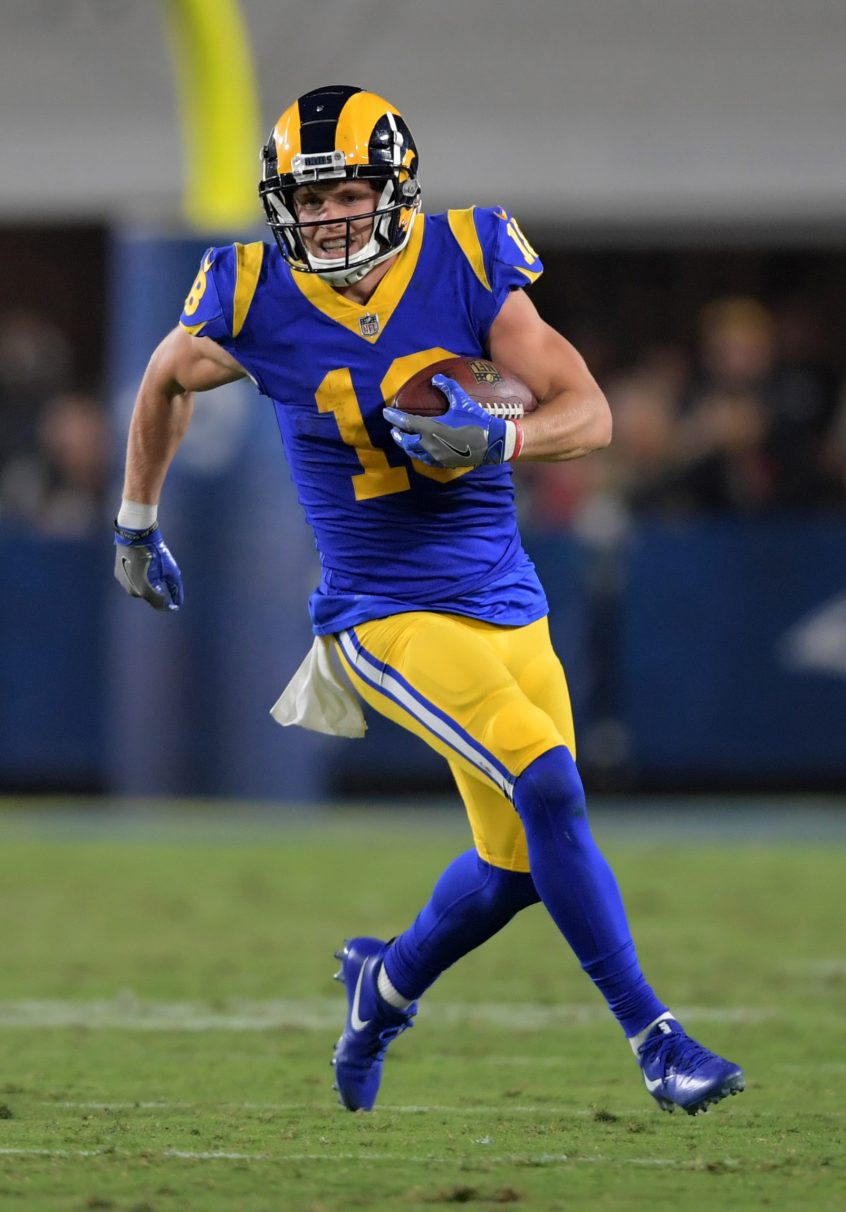 Those were the words of Al Michaels, play-by-play announcer for last Sunday’s Super Bowl football game during the Los Angeles Rams’ final touchdown drive against the Cincinnati Bengals late in the fourth quarter.

When Cooper Kupp later caught the winning touchdown pass with less than a minute and a half left to play, Chris Collinsworth, analyst for the game, said, “Al, I’ve gotta tell you. In a pressure situation, I don’t know if I have EVER seen anybody be better than Matthew Stafford [Rams quarterback] and Cooper Kupp.”

Cooper Kupp, wide receiver for the L.A. Rams, caught 8 passes during the game – 2 for touchdowns. He received the MVP (Most Valuable Player) award after the Rams’ 23-20 victory.

Cooper Kupp and his wife Anna Marie are both devout Christians who don’t hesitate to openly share their faith on social media and in public interviews.

After the Rams defeated the San Francisco 49s in the NFC Championship game to earn their fifth Super Bowl appearance, Anna Marie posted a video on Instagram of them hugging each other on the field and wrote,

“This moment. These moments!!! Thanking God for every one of them. We have prayed for a season to glorify our Savior Jesus Christ and you are doing just that my lovey @cooperkupp. SURREAL!!”

During the regular football season, Kupp became only the fourth player in NFL history to earn the “triple crown” for pass receivers with 145 receptions, 1,947 receiving yards and 16 receiving touchdowns – leading the league in all three categories.

Kupp has said that without the support of his wife, and without having God as his ultimate source of hope, he probably wouldn’t even be playing in the NFL today.

In an interview three years ago, he said, “At the very basic levels of my life – as a husband, as a father, as a football player, knowing how much of a failure I am at these things if it wasn’t for my faith, if it wasn’t for knowing that Christ has told me who I am in His eyes… that He’s bridged every gap and that He’s called me to even greater things…”

During the presentation of the Lombardi and MVP trophies after last Sunday’s Super Bowl, Kupp was asked about the last touchdown drive. He said,

“It just comes down to this team, how we’ve prepared, the way we’ve loved on each other, treated each other. I don’t know, I don’t feel deserving of this. God is just so good. I’m just so thankful for the guys I get to be around, for the coaches, for my family.”

Kupp has said that one of his favorite Bible passages is 1 Corinthians 9:24-25, which says,

In a post-game tweet, Kupp wrote, “Do it to get a crown that will last forever.”

Watch this 3-minute clip of the comments by Matthew Stafford, Cooper Kupp and Aaron Donald after Sunday’s game.