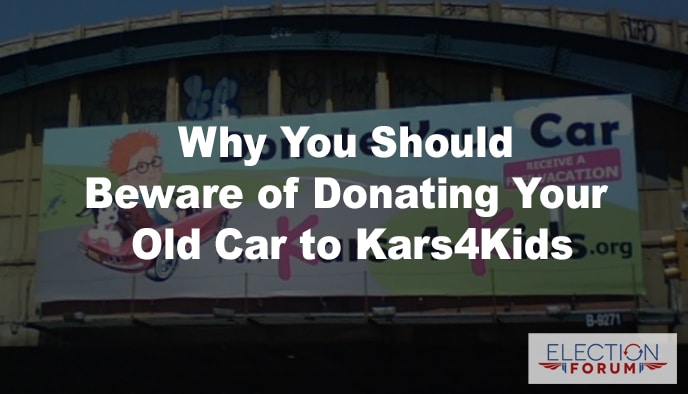 Lots of nonprofit organizations advertise these days for car donations.

One of the most well-known – because of its catchy commercial jingle – is Kars4Kids, located in Lakewood, New Jersey and Toronto, Ontario.

You’ve probably heard their commercial on ESPN or Fox News – or perhaps you’re one of their 880,000 YouTube viewers.

Nowhere in the Kars4Kids radio and TV ads are you told where the proceeds of your donated car are going … or how the proceeds will help kids … or which kids will benefit.

The $30 to $40 million in revenue raised annually by Kars4Kids benefit Oorah – a national organization which specializes in outreach programs to secular non-observant Jews.

In 2009, the states of Pennsylvania and Oregon both fined Kars4Kids $65,000 for false and misleading advertising.

Last year, the Minnesota Attorney General conducted a compliance review of Kars4Kids and submitted a 300-page report to the IRS. The report stated:

If you’re thinking of donating a car to charity – either now or in the future – stay away from Kars4Kids.