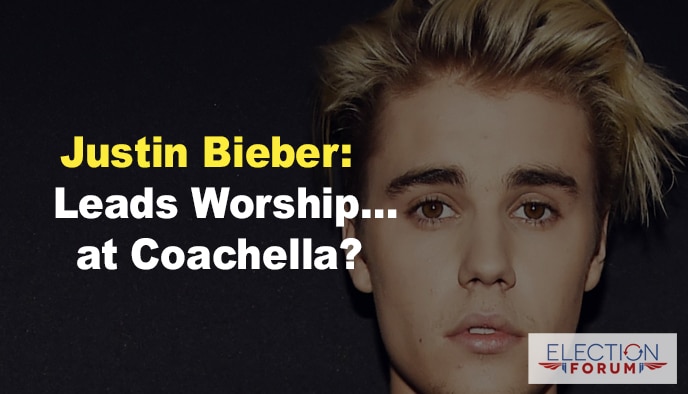 Pop star Justin Bieber is a Christian who has often been mercilessly attacked and slandered by the media.

Despite these attacks, Bieber is acting as salt and light in the music industry. Just recently, Bieber even led worship at a massive secular music festival called Coachella, in Indio, California.

Coachella is known for its popular, mainstream music, big crowds and thousands of thousands of young people gathering to listen to their favorite bands and have a good time. On Sunday morning of the festival, Bieber broke the mold and chose to be bold by singing worship songs and leading a crowd in a beautiful time of worship.

Fans posted videos of him, passionately praising God and raising his hands.

One of the songs he sang is “Reckless Love.”

The chorus to the song is:

Oh, it chases me down, fights ’til I’m found, leaves the ninety-nine

I couldn’t earn it, and I don’t deserve it, still, You give Yourself away

Here’s the video, below:

“God’s love is reckless, and he loves you mad tons,” he wrote.

What a powerful witness to God’s love!