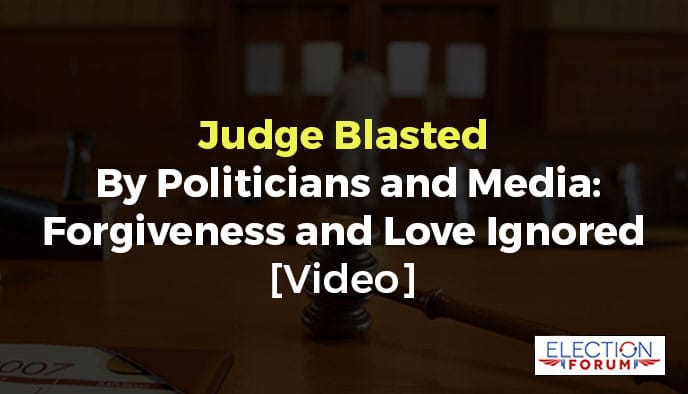 It was very emotional…

The judge was in tears…

The family and the others in the courtroom were in tears…

Brandt Jean – only 18 years old – forgave his brother’s murderer from the witness stand and urged her to “…give your life to Christ.”

In 2018, Dallas police officer Amber Guyger mistakenly entered the wrong apartment when she returned home after a grueling 13 ½-hour shift.

Seeing a black man in the apartment – and believing he was an intruder in her own apartment – she fatally shot him.

The victim – Botham Jean – was a youth pastor in a Dallas church.

Guyger was fired from the police department … and was recently convicted of murder and sentenced to 10 years in prison.

The younger brother was given the opportunity to give a victim-impact statement from the witness stand after the sentencing.

What he said stunned the courtroom … and the nation.

You see, Brandt Jean is black. The young Dallas police officer who shot and killed his brother is white.

“I don’t want to say twice or for the hundredth time … how much you’ve taken from us. I think you know that,” he said. “But I hope you go to God with all the guilt, all the bad things you may have done in the past… If you truly are sorry – I know I can speak for myself – I forgive you. And I know if you go to God and ask Him, He will forgive you.”

“But I love you just like anyone else. And I’m not gonna say I hope you rot and die… but I personally want the best for you. And I wasn’t gonna ever say this in front of my family or anyone, but I don’t even want you to go to jail. I want the best for you because I know that’s exactly what Botham would want you to do. And the best would be to give your life to Christ.”

He then turned to the judge and asked if he could give her brother’s murderer a hug. Wiping back tears, the judge said yes.

The embrace lasted for nearly a minute.

The judge later gave Ms. Guyger a Bible … sparking a backlash of outrage and vitriol from the media and the socialist politicians.

They are demanding she resign from the bench.

We will tell you the reason why Judge Tammy Kemp gave Amber Guyger a Bible.