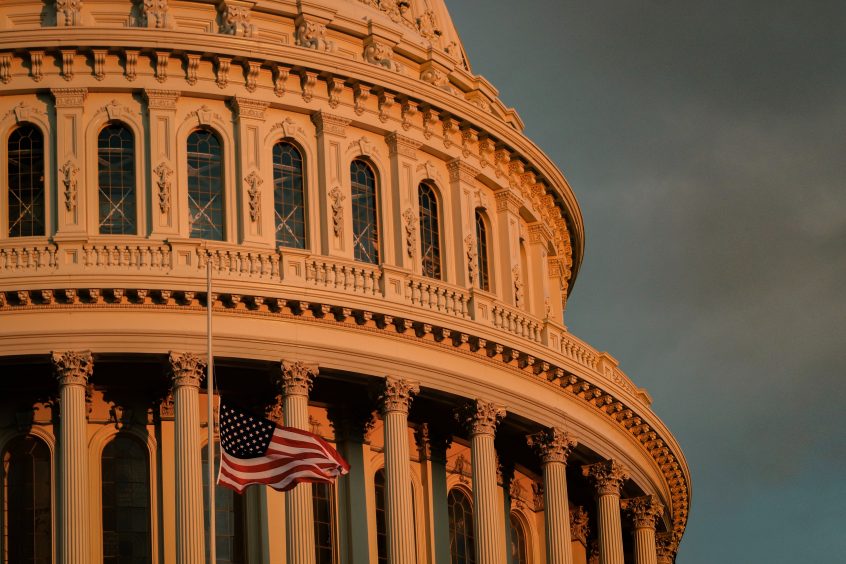 The inflation you are seeing is caused by massive government overspending and the historic money creation spike by the Federal Reserve.

Here are 5 things that you should know about inflation and how to stop it:

By keeping interest rates “artificially” low (below market rates), the Fed has caused a “false economic boom,” overvaluing the stock market and the economy.

As it stands now, the market has already lost more than $7 trillion in value ($1.5 trillion of that value is from retirement accounts alone), and we’re seeing the highest inflation rate in over 40 years.

As Nobel Prize-winning economist Milton Friedman often pointed out, “Excessive government control, regulation, and taxation distorted incentives and put money in the hands of politicians and bureaucrats who had not earned it and suffered no consequences if their policies failed.”

Since its inception in 1913, the Federal Reserve has been printing money and devaluing the dollar. Since 1913, the U.S. dollar has lost over 95 percent of its value.

A nickel in 1913 bought more than a dollar today. Five cents then would equal about $1.50 today.

Coupled with the Biden Administration’s bad economic policies of regulations and overspending, the Fed has been making inflation worse by flooding the economy with money (or what they call “quantitative easing”). The Fed has been keeping interest rates at around zero for over a decade.

More money chasing fewer goods not only creates inflation but raises the price of everything we buy because the dollar’s value is worth less.

Inflation is essentially an extra “tax” on the poor and middle class.

The Fed’s “qualitative easing” policy of propping up the economy and the market with an endless supply of cash creates a security blanket effect on investors.

This investor “security blanket” creates demand for investment opportunities, which creates bigger profits for investors, which makes the stock market go up. It also creates a need for more jobs and better wages — growth based on a seemingly “stimulated” economy.

This overvaluation leads investors into a false sense of security.

This investor “security” usually ends badly, as inflation continues to grow, and a massive correction in the market occurs, leading to an inevitable crash.

We have an economy that’s artificially stimulated.

Built on a house of cards…

And ready to collapse.

As the great economist Milton Friedman said, “Everything comes with a price. There’s no such thing as a free lunch.”

President Franklin Roosevelt and the Fed had no confidence in the free market to let it sort itself out. They instead relied on their own human judgements and limitations to steer the economy back on track…

These counterproductive coercive policies used to fix the complexities of our economy made the Depression worse, dragging it on and on for almost a decade longer than it should have lasted.

As inflation rises because the Fed keeps printing money, the Fed is forced to reverse their policies, as inflation rises and rises. They slow down the printing presses, raise interest rates, and restrict the flow of money to banks.

These once promising investments (that were based on the Fed’s qualitative easing) are now looked on by investors as “malinvestments” which will lead to more economic loss.

The Fed’s policies to lower inflation have a track record of disastrous results.

Without investment capital, companies that produce products and services shrink. Investors pull back, and stock prices drop. This causes the economy to spiral downward into a recession as the country’s total output of goods and services (or GDP) slows to a point of little to no growth.

With low GDP and continued spending by the government (helped by the Fed’s endless printing press), the dollar’s value shrinks even further, along with the economy, leading to “shrinkflation,” where companies charge the same prices, or more, for less of the product or service.

As things get worse, companies start to lay off workers. The unemployment rate rises. Companies file for bankruptcy — and we’re in a full-blown recession.

However, as inflation rises along with interest rates, what was a bad recession can quickly turn into a depression, unless the government stops its spending and creates policies favorable for companies to grow.

The history of the Fed is failure.

The trust we should have in today’s Fed… None.

The Fed knowing what to do — It’s impossible, they don’t.

The Fed will not solve our growing economic crisis. It will compound it.

Be prepared for worse things yet to come.

And all this nightmare economic chaos confirms what I’ve said for over 40 years.

It’s time to abolish the Fed.

2 Comments on “It’s A Nightmare: How the Federal Reserve Sparked Inflation, Created Stagflation and A Recession — 5 Things You Should Know About Inflation and How to Stop It”