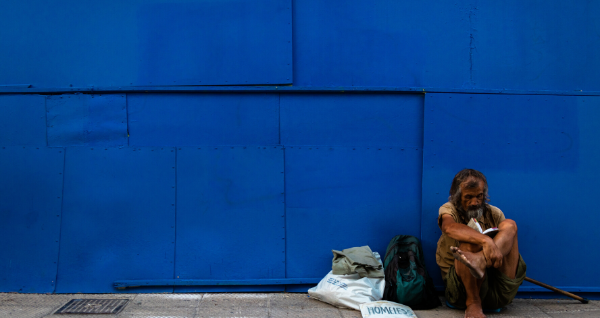 Poverty is on the rise because of government shutdowns over the coronavirus.

The economic consequences that have been felt are horrific.

Because of the free enterprise system, entrepreneurs and business owners that are being allowed to restart are again creating new jobs and innovations.

If the government gets out of the way without excessive regulations and taxes and other hindrances to wealth creation, we will see the return of the strongest economy the world has ever seen.

Unfortunately, this is not the case overseas.

We have written about the miracles that have taken place worldwide to lift people out of poverty. Between the private sector and non-profit help and free enterprise expansion throughout the world, businesses have been started and jobs have been created and people lifted out of poverty as never before in the history of the world.

But this was all reversed during the coronavirus pandemic lockdowns.

The decline has been dramatic and spectacular.

It is now estimated that somewhere between 6 and 8 percent of the global population will see poverty as governments have locked down, and, in some places, have continued to lock down their economies.

This could spike poverty levels for a decade or longer in some areas.

The hardest hit has been Sub Saharan Africa, the Middle East, and North Africa.

This population is huge, with more than half of the global population living in poverty – thanks to the pandemic.

This, of course, dramatically effects every age – especially babies and children.

The solution is to get the economies going again without government interference and control.

Unfortunately, in these countries where government has expanded its power, it’s unlikely they will give it up voluntarily.

What do you think? Let me know at Craig@ElectionForum.org.