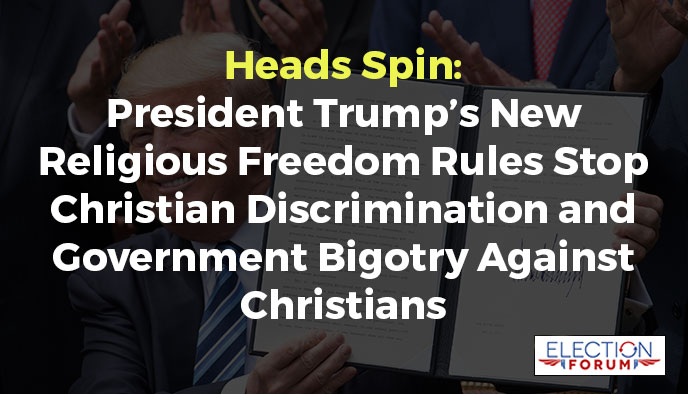 Are things changing for Christians and our religious rights?

Christians have been discriminated against.

Christians have been treated as 2nd class citizens.

Christians have been marginalized.

Federal and State agencies and government schools all have trampled on or abused Christian rights.

The President is being unfairly attacked.

The false and misleading slogan “separation of church and state” is being used.

But this is nowhere in the constitution.

The establishment clause does not stop religious action and expression by students, military members, or anyone.

They are allowed to live out, express their beliefs and share their faith even on government property or when government funding is involved.

The new regulations/rules do not sanction official approval of prayer in schools or the military, or VA hospitals or government programs.

It only prevents government officials from violating the basic religious rights of Christians under the Constitution to express their ideas – just as others can express secular beliefs.

The new rules will help Christians and Christian groups nationwide.

Unfortunately, just as they overturned Obama’s anti-Christian secular rules that he created, they can be overturned by a new President.

For the president to create these new rules to protect our rights is big. Very big.