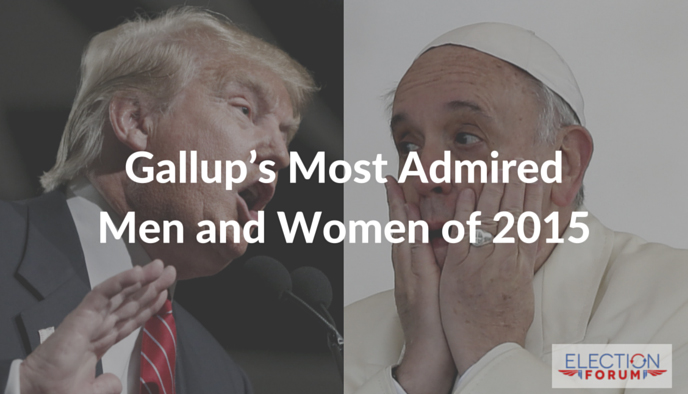 Who was Gallup’s Most Admired Men and Women for 2015?

According to Gallup, the following men were the most admired by Americans in 2015:

Who won “Most Admired Man” the most times? President Dwight David Eisenhower with twelve wins, followed by former Presidents Bill Clinton and Ronald Reagan, who have been honored eight times

The following women were the most admired by Americans in 2015:

Which lady has topped the list the most times? Hillary Clinton, with twenty “Most Admired” wins, followed by former First Lady Eleanor Roosevelt, who has won thirteen times.

What do you think of this list? Tell me at craig@electionforum.org