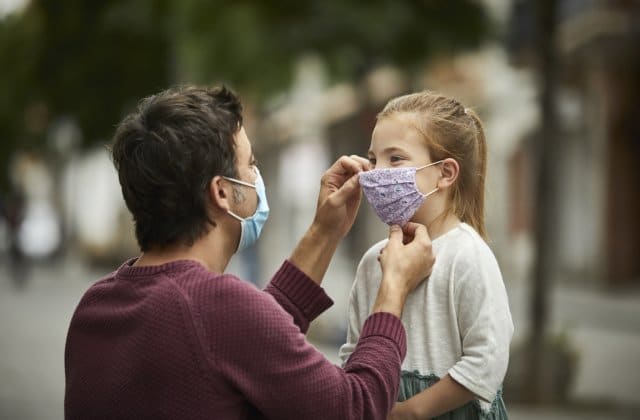 Other government authorities said they would ignore the courts ruling.

In the meantime, you and everyone else can take a plane, train or subway and have the freedom to choose not to wear a mask or to wear one.

In fact, my wife and I are flying today – no worrying about the mask Nazis and sneaking our masks off by eating, drinking, or watching for an evil look.

But Biden and his bureaucracy wants to keep their power. He is fighting it, but I believe they will lose.

1. The ridiculous and unhealthy mask mandate is gone.

A judge declared it unlawful overreach of government power without legislative backing.

2. The judge is a strict constructionist – who ruled right.

The judge who ruled is a strict constructionist judge who interprets the constitution.

U.S. District Court for the Middle District in Florida is not a judicial activist legislating from the bench their own opinions.

The ruling is based on law and the Constitution, not political ideology.

The judge was appointed by President Trump.

Biden’s deep state bureaucracy does not want to give up control.

The CDC and the Department of Justice under Biden’s command are fighting the ruling.

To as they said to “preserve our power.”

The nature of politicians and bureaucrats is never give up power.

And they want the power. Not just forced masking, but anything they might want to dictate as an emergency in the future – even things like “climate emergency”, “financial emergency” or whatever they want.

Kathryn Kimball Mizelle wrote that “the [mandate] exceeded the CDC’s statutory authority, improperly invoked the good cause exception to notice and comment rulemaking, and failed to adequately explain its decisions. Because ‘our system does not permit agencies to act unlawfully even in pursuit of desirable ends,’ the Court declares unlawful and vacates the [mask mandate].”

In other words, unelected, ideologically driven, power-hungry bureaucrats can’t make up rules and regulations without a check on their overreach and law making.

In America, the legislature passes laws, the President signs the bill and the bureaucracy then implements the legislation.

In Biden’s bureaucracy, the government bureaucrats in an agency make the law…until judges tell them they can’t.

The majority opinion stated, “Although Congress has indisputably given OSHA the power to regulate occupational dangers, it has not given that agency the power to regulate public health more broadly. Requiring the vaccinations of 84 million Americans, selected simply because they work for employers with more than 100 employees, certainly falls in the latter category.”

The ruling is being appealed by Biden’s politicized Department of Justice and the  ruling will probably be upheld.

But how sad and desperate that Biden is fighting this.

The masks don’t protect you or others (see “Wearing or Not Wearing a Mask: 6 Things You Should Know About Health Risks That the Media and Politicians Aren’t Telling You”).

If you want to wear a mask….great, do so.

If you don’t want to wear a mask….great, don’t.

My wife and I will be healthier and happier to exercise our constitutional right to make a choice.

It’s not China, Cuba and Iran where you are told what to do by the State.

Who you vote for U.S. Senate and President has consequences.

Note: You can donate to our Turn America Around fund where we are targeting with advanced digital tactics Senate candidates that deserve your support and could win if they had our help.

It’s our targeted way to turn the U.S. Senate around