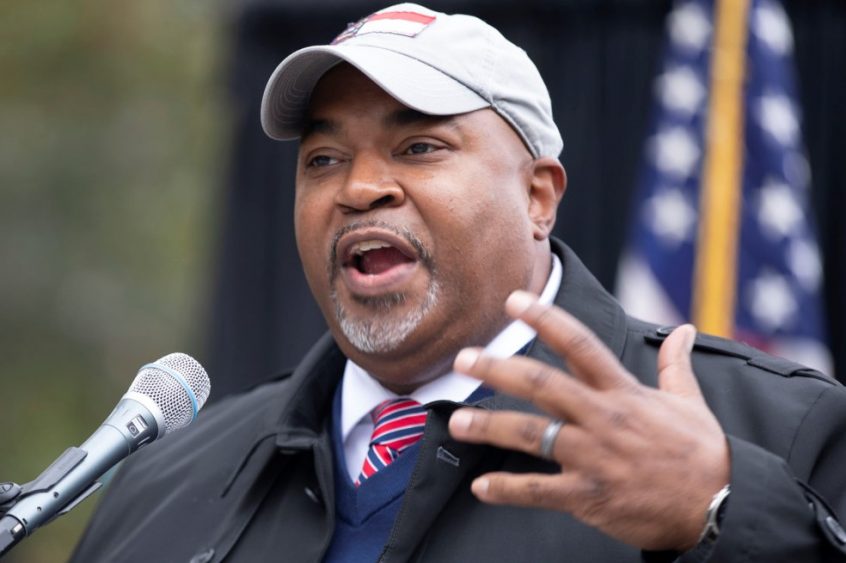 Mark Robinson was fiery and passionate in the pulpit about the transgender movement.

Mark – the Lieutenant Governor of North Carolina – delivered a sermon that has gone viral.

He was at the Upper Room Church of God in Christ in Raleigh, North Carolina.

And, he has created tremendous controversy by saying that there are only “two genders”.

He said, “Here’s something I’m not supposed to say: Ain’t but two genders,” Robinson proclaimed as he raised two fingers to the church crowd and then reiterated, “Two genders. Ain’t nothing but men and woman.”

You ain’t changed what God put in you – that DNA. You can’t transcend God’s creation. I don’t care how hard you try.”

He went on to say, “It’s time for grownups and time for Christians to start standing up and being unafraid to tell the truth.”

He went on to blame the indoctrination kids are receiving on government (public) run schools, “They dragging our kids down into the pit of hell trying to teach them that mess in our schools. Tell you like this: That ain’t got no place at no school. Two plus two don’t equal transgender – it equals four. We need to get back to teaching them how to read instead of teaching them how to go to hell.”

You can see the video HERE, about 2 minutes long.

What do you think? Email me craig@electionforum.org