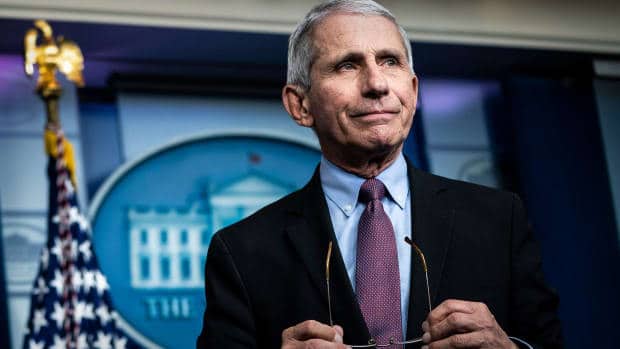 Dr. Fauci’s net worth is well over $10 million dollars.

How could this happen to someone who worked for the government his entire life?

Government employees work for a salary, usually above the private sector. They get a generous health insurance program and retirement fund.

But you don’t become a multimillionaire by working for the federal government.

Here are six strange things you should know about this highly unusual situation:

Despite trying to discover it (see #5 below). Or Dr. Fauci made it impossible to know it until now.

How could he have accumulated that on a government salary?

Dr. Fauci’s income, like many federal bureaucrats, is quite disturbing.

He is the most highly compensated of all federal employees.

Yet Dr. Fauci makes more than the President, 4 star generals – more than any of the 4.3 million bureaucrats in the federal government.

Dr. Fauci is the Director of the National Institute of Allergy and Infectious Diseases (NIAID) currently.

Some of this money is not just his regular salary.

For example, Dr. Fauci was paid $13,290 to attend several galas and a series of ceremonies, including online events included in the 2020 figure.

We don’t know how all of his investments were made.

But the public record shows in his 2020 portfolio Dr. Fauci invested in some very large communist Chinese companies closely aligned with the communist party.

For example, he invested in the Matthews Pacific Tiger Fund. Part of that fund holds Tencent Holdings, which owns WeChat, which is one of the U.S.  government’s national security concerns.

He also, through that investing, was in Alibaba Group Holdings.

Another company is WuXi Biologics (Cayman), which is a pharmaceutical company that has ties to the communist Chinese party.

More has to be discovered about his investments.

Dr. Fauci owns other things not listed on how much his wealth is. It’s unknown.

What I find puzzling is if I own a company and I have employees, the patents usually belong to the company, not to the employee.

How a government employee can profit from the patents personally is strange.

It leaves a cloud of mystery.

How much are these patents worth?

How did he get them, and were these patents acquired on government time?

Because of his position?

Because he oversees so much grant money?

Strange Thing #5: Dr. Fauci was completely evasive about his finances.

Under oath and in a public Senate meeting, Dr. Fauci said his finances were public information.

He attacked a sitting U.S. Senator… and a doctor in the U.S. senate.

He called the Senator a “moron” for asking about his finances.

Senator Roger Marshall and doctors discovered the finances were not public and immediately went on a mission to get around the iron wall of silence.

He was able to procure the financial documents and make them public.

Here is what Senator Marshall said when he found out the truth, “Just like he has misled the American people about sending taxpayers dollars to Wuhan, China to fund gain-of-function research, about masks, testing, and more, Dr. Fauci was completely dishonest about his financial disclosures being open to the public-it’s no wonder he is the least trusted bureaucrat in America.”

Before this, many have tried to get the truth about Dr. Fauci’s financial holdings.

In fact, Judicial Watch filed a lawsuit against The Department of Health and Human Services over a year ago, asking for disclosure documents filed by Dr. Fauci, but attempts to obtain the documents were stonewalled by government officials.

The bottom line is that there is a lot of mystery and many questions.

To clear their air and make sure there wasn’t corruption and misuse of taxpayer’s funds and influence, it’s imperative that Congress hold a hearing on the truth about Dr. Fauci’s financial holdings.

When I take a look at how much many federal government employees are paid, it’s a bit upsetting.

But I’ve never seen a federal bureaucrat becomes a multimillionaire.

Many years ago I was a speaker at a Money Show. At the end of the talk, I was in the room with one of my investment newsletter writer clients.

The newsletter writer had been teaching the attendees about how to invest their money. After the talk, a man in overalls came up to my client and said, “I would like you to manage my money.”

My client looked at him and said, “Take my newsletter. It tells you how to manage your money.” The assumption was he didn’t have much money and wouldn’t be worth my client’s time.

I was shocked by what he said:

I wondered how a judge could come up with $18 million dollars on a judge’s salary.

The bigger question is how do politicians, judges, and bureaucrats make this kind of big money on the taxpayer’s dime.

A real investigation into this for politicians and judges… and now I guess federal bureaucrats needs to be done.

I have to admit that I’m puzzled and concerned that one federal government employee can amass such a large amount of wealth that would take business owners and entrepreneurs many years to accumulate.

And few could hardly ever achieve the amount one federal employee did.

How did one man do it on a government salary?

I encourage you to sign our petition to demand that Congress research this. They should hold investigations and do the research necessary to clear the air.

It is needed to either vindicate Dr. Fauci or find out if government loopholes need to be changed in the law.

Or to find out if things were done unethically and illegally.

9 Comments on “Federal Bureaucrat Worth Over $10 Million Dollars. What?: 6 Strange Things You Should Know About Dr. Fauci Becoming a Multimillionaire on a Government Salary”