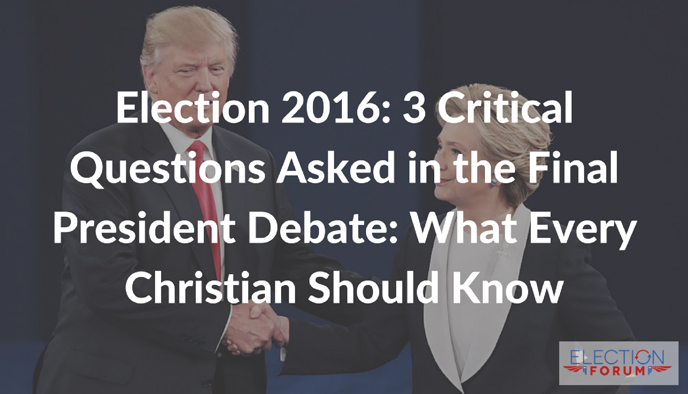 The third and final debate of the 2016 Presidential Election was perhaps Donald Trump’s best performance and Hillary Clinton’s worst performance.

Chris Wallace gave good and fair treatment of hard questions for both candidates. Unlike the first two, which were biased against Trump and favored Hillary Clinton.

In the hour and half debate, the three issues were key to Christians.

Donald TRUMP said he would appoint conservative judges who would uphold the Second Amendment and protect life. They would interpret the constitution the way the Founders intended it, and not legislate from the bench. 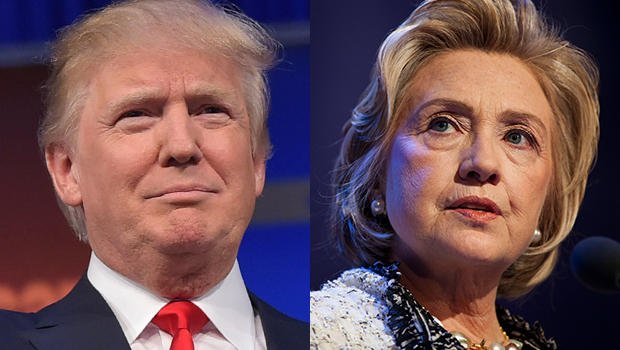 Hillary Clinton said she would support abortion rights, support Planned Parenthood, and that she believes the fetus has no constitutional rights. Christ Wallace pointed out that she voted against a ban on partial birth abortion as US Senator from New York. At nine months or later, she would support ripping the baby out of the womb of the mot her.

Donald Trump took issue with Clinton’s plan. That only way to create jobs, grow wages, and get American moving again would be to reduce taxes and regulations so that businesses could grow and expand, include getting rid of Obamacare, which have kept our economy in the lowest growth rate since the 1940s.

What do you think? Were there other highlights to the debate that I missed? Email me at craig@electionforum.org

2 Comments on “Election 2016: 3 Critical Questions Asked in the Final President Debate: What Every Christian Should Know”