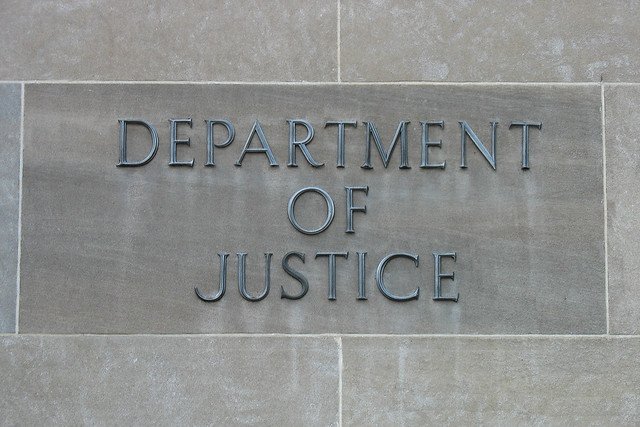 The DOJ/FBI has just declared war on freedom of the press.

Shockingly, the Department of Justice/FBI is using its power to crush the conservative press and silence voices of opposition.

It should not be happening now.

It’s a direct attack by the coercive power of the bureaucracy against the First Amendment of the U.S. Constitution.

Here are seven things you should know about the DOJ war on freedom of speech:

1. How the DOJ/FBI is attacking freedom of the press.

The Biden administration’s Department of Justice obtained search warrants in an investigation of something that doesn’t appear to involve any federal crime, and then the FBI raided the homes of three people associated with Project Veritas.

Project Veritas is a conservative, guerilla journalism organization that uses undercover reporters and hidden cameras to gather information and report its stories.

3. The DOJ/FBI raids were leaked to the press.

Almost immediately, the details of the raids and confidential legal communications stored on the cell phone of Project Veritas founder James O’Keefe were published in the New York Times.

Rep. Jim Jordan (R-OH), Rep. James Comer (R-KY), and Sen. Ron Johnson (R-WI)  sent a letter to Attorney General Merrick Garland demanding documents and information about the Project Veritas raids, including how and why the FBI decided to open an investigation at all – an investigation into the alleged theft of a diary that allegedly belonged to the president’s daughter, Ashley Biden.

In a statement on the Project Veritas website, O’Keefe said the group was approached late last year by “Tipsters claiming they had a copy of Ashley Biden’s diary” and were trying to sell it.

O’Keefe said Project Veritas “could not determine if the diary was real, if the diary in fact belonged to Ashley Biden, or if the contents of the diary occurred,” and the decision was made not to publish it.

He said Project Veritas turned the diary over to law enforcement. Later, excerpts of the diary were published on another website.

Was the investigation into the “theft” of Ashley Biden’s diary just a pretext to find out who is speaking to Project Veritas?

In 2013, when Joe Biden was Vice President, the Department of Justice secretly spied on the Associated Press (AP) reporters, collecting telephone records for 20 different phone lines – including reporters’ home phones – for a two-month period in an apparent effort to find the identity of leakers.

The revelation prompted AP President and CEO Gary Pruitt to send a letter to then-Attorney General Eric Holder demanding that copies of the phone records be destroyed.

“These records potentially reveal communications with confidential sources across all of the news-gathering activities undertaken by the AP during a two-month period, provide a road map to AP’s news – gathering operations and disclose information about AP’s activities and operations that the government has no conceivable right to know,” he wrote.

7. What they did is unconstitutional.

The government doesn’t have any rights. It has powers.

Those rights are defined in the Constitution and in law as prohibitions of certain government actions.

But who do you call when the government is violating the law?

One Comment on “Department of Justice/FBI War on the Conservative Press: Libertarian and Christian Press Next? 7 Things You Should Know”