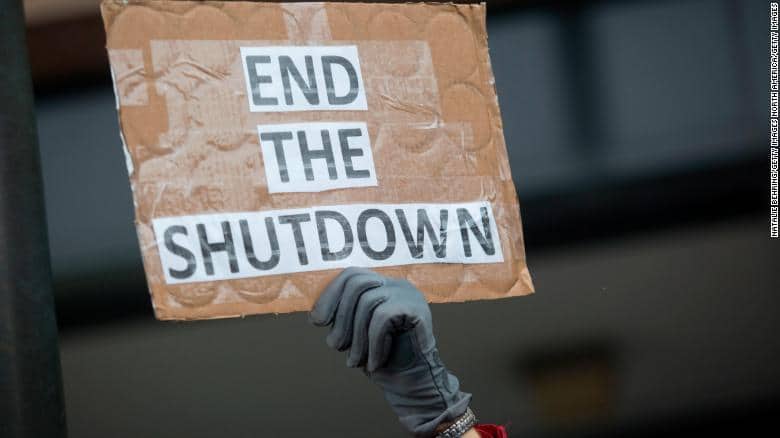 Predictive models are only as good as the amount and the accuracy of the data that is used to generate them.

When there’s little or no data available, models are based on assumptions … and assumptions are always based on the biases of those making the assumptions.

We now know that the models that were used by the so-called “medical experts” to cause the economic shutdown and the stay-at-home orders were wrong – very wrong.

Because there was very little data available when the models were created. They were really “assumed models,” not data models. The “experts” made assumptions about future infection rates, hospitalization rates, death rates, and recovery rates.

Because of false models fueled by false assumptions and exacerbated by unreasonable fear:

Here are 4 scientific realities you should know about:

1. The data models were false.

On March 13th, the CDC projected:

In other words, we were doomed according to the socialists and the bureaucrats at the CDC.

The experts drove fear – they laid out the death projections that were not even close.

Then, it was 1 million would die. Panic.

But we also know that many deaths are being attributed to COVID-19 which were not caused by COVID-19. So we can’t even trust the accuracy of the current 82,500 COVID deaths that have been reported so far.

2. New scientific studies show how exaggerated was the fear generated by the medical establishment and the media.

Many new studies are now coming out rebuking, criticizing or destroying the statistics put out by the University of Washington, Johns Hopkins University and the World Health Organization (WHO).

For example, the WHO estimated the fatality rate would be 3.4% of those infected – horrifying.

Dr. Anthony Fauci predicted the fatality rate would be 2% of those infected – horrifying.

The entire country was shut down based on these figures.

But new antibody studies are indicating that the number of people infected with the Coronavirus is much, much higher than the number of “confirmed” cases – which is lowering the death rate to less than 1% of those infected.

For example, recent antibody tests in Los Angeles County suggest the true fatality rate among everyone infected with the virus in that county is between 0.1% and 0.3% — the same or only slightly higher than the fatality rate for seasonal flu.[1]

Antibody testing in other states is yielding similar results:

3. Professor Michael Levitt – Nobel Prize winning biophysicist and professor of structural biology at Stanford University – is one of many medical and scientific professionals who are saying the U.S. should not have gone into an economic lockdown.

He has been studying COVID-19 caseload and death rate data from around the world since January. He accurately predicted China’s quick recovery from the virus.[3]

He fears that the largescale lockdown in the U.S. could result in a health catastrophe of its own.

4. New York Governor Andrew Cuomo said last week that two-thirds of new hospitalizations for COVID-19 in New York were for people who had been staying home!

You read that right…

In a survey of 1000 new hospitalizations for COVID-19 from 100 hospitals in New York, 66% of the patients were following the stay-at-home order when they contracted the virus.[4] They were not riding public transportation. They were not going to work.

An additional 18% of the new hospital patients came from nursing homes. Only 16% were commuting to work, living on the streets … or otherwise outside in public areas on a regular basis.

For all of the above reasons, it’s time to stop the state-ordered lockdowns now and reopen schools, churches, stores and businesses.

Watch this video about the actual numbers of COVID-19 deaths compared to this year’s seasonal flu deaths and the number of deaths from pneumonia since the Coronavirus outbreak. These numbers are tracked by the National Bureau of Vital Statistics. (10 minutes).

Also watch this video about how determined local government leaders, the media, and the elite medical establishment are in controlling the narrative about COVID-19 … and preventing you from questioning their public health polocies. (6 ½ minutes).

Finally, watch this video of the press conference of the two ER doctors from Kern County, CA who have been studying actual COVID-19 infection and recovery rates since January. This is the video that YouTube censored and removed. Click here to watch video.

One Comment on “Data and Science Say End COVID Shutdown Now: 4 Reasons Why the Shutdown Isn’t Helping You [Videos and Petition]”