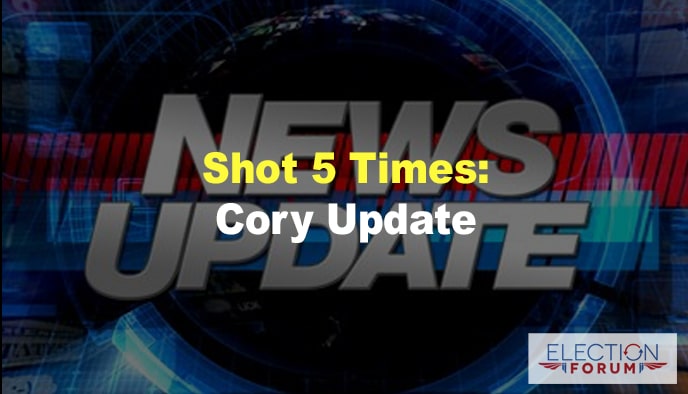 Last issue, I asked for prayer for my son Cory.

He was shot 5 times by 3 gangbangers in an attempted robbery.

I want to personally thank each of you who have been praying … sending cards and letters … and helping by sending contributions for Cory’s medical and living expenses.

The outpouring has been awesome…

I wish I could personally respond to each one of you, but that would be impossible…

So know this – my wife and I have read these cards and letters to Cory that have come by emails, online posts and postal mail.

They have been so very encouraging … Thank you so much.

And thanks to those who have been able to contribute financially to help Cory.

All of your contributions are going directly to paying his expenses.

Cory is a miracle…

Cory’s recovery so far has been a miracle.

With 5 bullet wounds, the doctors didn’t expect him to survive…

Much less did they think he could recover so quickly … or that he’d be able to fully function.

Here is a brief update:

Here are our prayer requests:

Thanks again for all of your prayers and financial help…

I truly appreciate it from the bottom of my heart.

Shelly and I both thank you.

If you still want to send a contribution, you can donate online here.

If you’d like to send him an online note of encouragement, write him at craig@electionforum.org.

Or if you’d like to write him a postal letter or send him a check – made out to me … with “For Cory” on the Memo line – send it to: