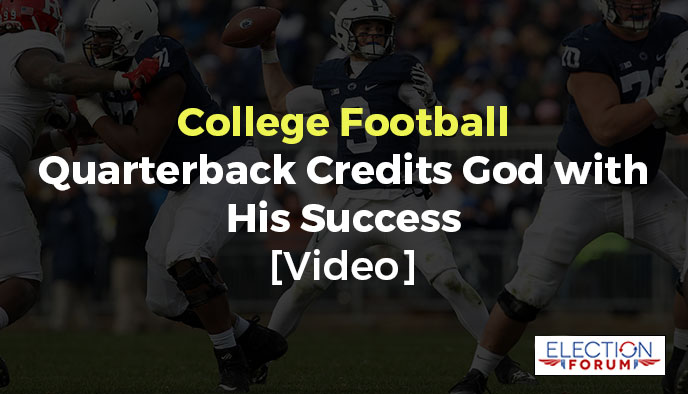 Most college freshmen are looked down upon by upperclassmen…

But not Bo Nix…

He’s the starting quarterback for the Auburn Tigers … and he credits God with his success.

He wears a white wristband during football games that reads “Humble Over Hype.”

“It reminds you to stay humble because there’s a lot of hype around you,” Nix says.

He also says his Christian faith helps him stay grounded. He even attends church on Sunday mornings after a Saturday night game.

“I get up and go to church because I know that all things come from the Lord, and He can take them away really quickly,” Nix said. “And so just be thankful for this position that I’m in.”

Colossians 3:23 says, “Whatever you do, do your work heartily, as for the Lord rather than for men.”

Watch this interview in which Bo Nix thanks the Lord for putting him in the position he’s in … leading the Auburn Tigers as their quarterback (3 ½ minutes).