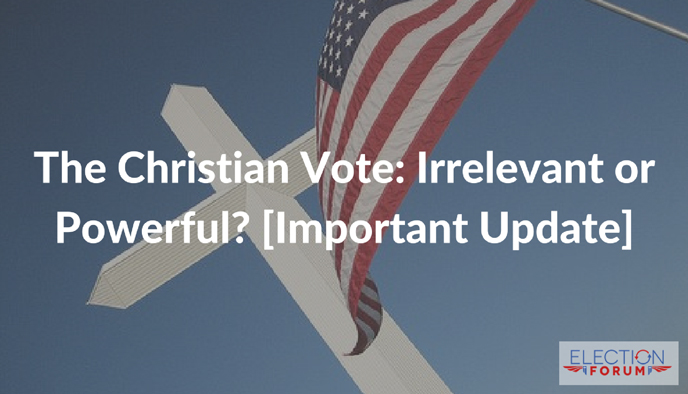 The Christian vote can make or break this election.

Not voting or voting for a third-party candidate, is basically voting for Hillary Clinton.

Christians do not escape moral responsibility by doing nothing:  Obadiah rebuked the people of Edom for doing nothing when the Babylonians conquered Jerusalem:  “On the day that you stood aloof, on that day that …foreigners entered his gates and cast lots for Jerusalem, you were like one of them.” (Obadiah 1:11)

And yet … Christians have become irrelevant to most politicians because they don’t vote.

As our political leaders continue to push a “post-Christian” culture, Christians are not being the salt and light they are called to be (Matthew 13-16). 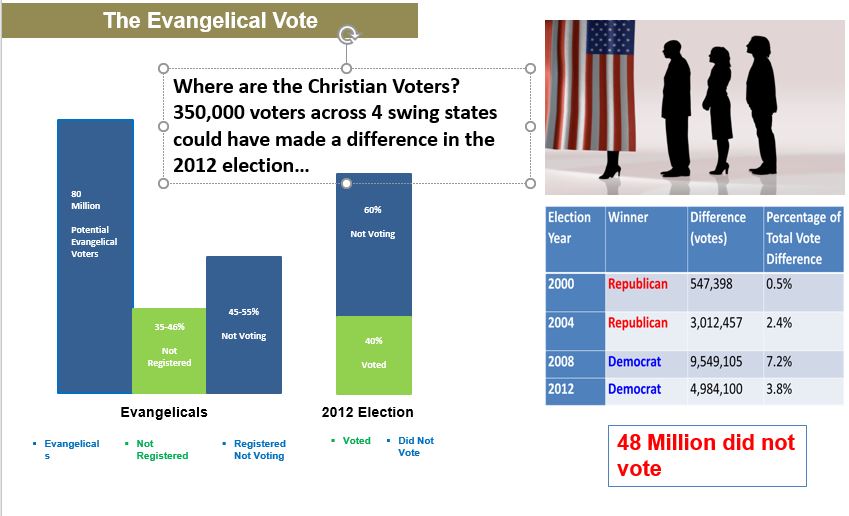 Check out what happened in 2012 in the Obama-Romney general election, and think about the effects on down-ballot races.

Look at the charts above. Notice that in Election 2012, Obama won by only 4% of the vote.

If even 5 million more Christians had voted, Romney would be the President right now!

Not voting is just as bad as voting for the worse of the two candidates.

So what should you do?

The key to this election is understanding the difference between Trump and Clinton on key policy issues, including Israel, Christian liberty, abortion, and more.

Check out these resources:

Contact me if you have any other questions: craig@electionforum.org

3 Comments on “The Christian Vote: Irrelevant or Powerful? [Important Update]”