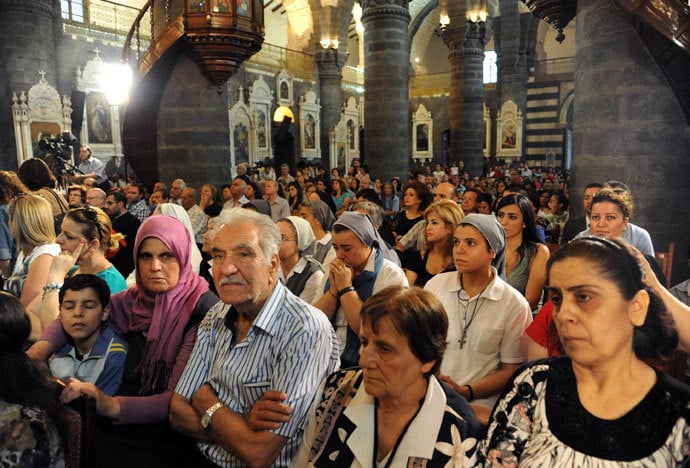 Christians in Syria are now facing another danger…

Pastor Andrew Brunson – the American pastor who was falsely imprisoned in Turkey for 2 years – wants you to know what is happening … and how we as Christians should be praying for the situation.

Recognize that President Trump is being hammered by the politicians and by the media for his recent decision to pull U.S. troops out of northern Syria…

He is being accused of abandoning the Kurds near the Turkish border and “inviting” the Turkish army to invade and slaughter them.

President Trump made a hard decision … one that no other U.S. president would have had the courage to make…

How should Christians react? Did President Trump make the right decision?

Here are 4 things you should know before you form your opinion:

First, the civil war in Syria that began in 2011 – plus the involvement of ISIS, al Qaeda and various other rebel factions and terrorist groups – is extremely complex.

Second, one of President Trump’s 2016 campaign promises was to extract U.S. troops from participating in “endless foreign wars.” He is attempting to fulfill that promise.

Third, all those who are condemning the president for pulling our troops out of the region say it was wrong because it will allow ISIS prisoners that have been guarded by the Kurds to escape and regroup.

What the critics refuse to acknowledge is that the ISIS prisoners – numbering approximately 12,000 – may or may not escape regardless of the presence of U.S. troops in the region.

Fourth, no one in the media or in politics is expressing any concern about the Christians in northern Syria and in southern Turkey who are in danger of being caught in the crossfire in any battle between Turkish and Kurdish forces.

As Christians, we must always remember that God is sovereign and that He is ultimately in control of the actions of world leaders.

“The king’s heart is like channels of water in the hand of the Lord; He turns it wherever He wishes.” (Proverbs 21:1)

Watch this interview of Pastor Andrew Brunson, who pastored a Christian church in Turkey for 23 years before he was arrested, falsely accused of subversive activities against the Turkish government, and imprisoned.

He shares a unique Christian perspective of the precarious situation in northern Syria (3 ½ minutes). Click here to watch video.

One Comment on “Christian Dilemma: Protecting the Forgotten Believers in Syria – Four Things You Should Know”