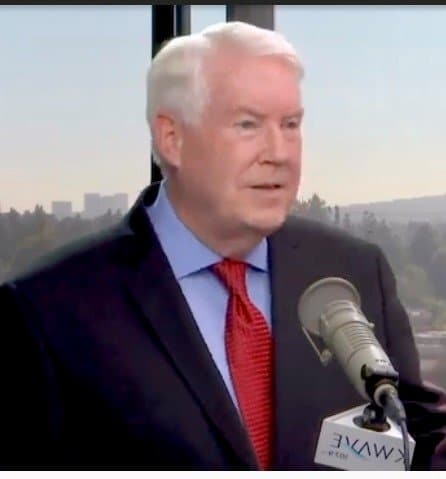 The radical pro-socialists want to censor and ban from the media anyone they disagree with.

Now the conservative network, One America News Network (OAN) has been canned by DirecTV.

Here are eight shocking facts you should know…and two important things you can do now to stop this madness.

I’ve been interviewed by this network a dozen times. Its programming is excellent.

But because of organized political efforts by political groups, AT&T (owner of DirecTV) and DirecTV have caved into the pressure and will cancel the network by April 2022.

And the pro-socialist Spanish stations have biased news – no conservative or libertarian commentary.

And leftist broadcasts such as BBC are on DirecTV.

And, of course, MSNBC and CNN.

On the conservative side are:

And FOX (see  “Banning FOX News and other Conservative…even Christian Networks: 5 Things You Should Know About the Coming Censorship [Videos]”) is under attack – and Newsmax as well – to be purged from the programming.

Fact #3: How they mobilized an army of opposition to pressure AT&T/DirecTV leadership.

Attacking advertisers on FOX has been ramping up for years. Now it’s very organized by organizations trained in how to target decision-makers.

They have expanded their attacks to cancel Newsmax and OAN as well.

Organizations such as Moveon.org, The Center for Progress, Netroots Nation and many other groups have organized and trained paid staff and volunteers on how to overwhelm their target group with texts, phone calls, email and more.

They have an army of mobilizers who are skilled at using social media and petitions to put fear into their target.

Plus, they have a network of organizations that motivate their large databases of volunteers to use Facebook and Twitter, to sign petitions, make phone calls or send text messages – and hold rallies to create overwhelming momentum.

Let me give you an example of trying to stop an advertiser:

If the Board of Directors, the President, the Chairman of the Board, the CFO, the Director of Marketing and Advertising of any company all received thousands of phone calls and emails…

Have hundreds, even thousands of negative posts on Facebook…

Thousands of people who have signed petitions with threats of boycotting or not using their products – they cave.

It looks like the whole world is against them…even if it’s a small, organized group of activists.

With lots of fear and intimidation, it is much better to take your marketing budget and put it in something safer, where you are not going to create controversy, lose clientele and business, or generate bad publicity.

If a company has employees that are in the marketing department or top leadership who are politically pro-socialist, or they want to gain favor with government officials and agencies in the Biden administration – they will no longer advertise.

Even if they are neutral, they cave.

Even if they are sympathetic toward freedom and free enterprise, they cave.

It is much easier to remove yourself from advertising than to advertise.

Fact #4: The unseen but powerful regulatory harassment and threats.

With today’s politicized bureaucracy – ideologs in the regulatory agencies use their positions to shape political, economic and cultural change without legislation.

AT&T/DirectTV…and other media companies are under tremendous pressure from regulatory agencies such as the FCC, DOJ, FTC, SEC and more.

This is having a challenging effect on a company’s decisions.

Fact #5: Radical pro-socialist groups claim the victory – this is how they did it.

The campaign against conservative media is smart, well-organized, and uses data and advanced marketing techniques to mobilize an army of supporters to overwhelm their target – and win.

And they are claiming victory with the censoring of OAN.

The pro-socialist “MeidasTouch PAC” said to its organized mobilizers in response to DirecTV’s banning of OAN:

“You made this happen. Thank you to everyone who stepped up and made your voices heard – and thank you AT&T and DirecTV for listening.”

Last year, the pro-socialist media matters and fifteen other radical groups wrote a letter to AT&T CEO John Stankey (the owner of Direct TV) and Bill Morrow, the CEO of DirecTV.

“We, the undersigned 16 civil-rights, human-rights and media-justice organizations, call on you to end your business relationships with One America News Network (OAN).”

Other groups used their databases of members, donors and supporters to organize against OAN.

Fact #6: The White House and the Deep State bureaucracy call for censorship.

The President and top bureaucrats have all been calling for censoring “misinformation by the traditional and social media.”

For example, the Surgeon General of the United States – supposedly a “non-partisan” Biden appointee – has called for Joe Rogan to be censored.

President Biden set the tone when he said:

“I make a special appeal to social media companies and media outlets – please deal with the misinformation and disinformation that’s on our shows. It has to stop.”

The response by the pro-socialist Democrats and the biased media was positive and aggressive. CNN immediately called for targeting conservative networks like OAN.

In the Senate and House, the pro-socialist Democrats have been calling for censorship.

For example, the Democrat-led House Energy and Commerce Committee’s Communications and Technology Subcommittee is looking at what they call “disinformation” and “extremism” in the media.

Congresspersons Anna Eshoo and Jerry McNerney, two California Democrats who both sit on the committee, sent a letter to multiple TV service providers, including AT&T, Verizon, Roku, Amazon, Apple, Comcast, Charter, DISH, Cox, Altice, and Hulu as well as Google’s parent, Alphabet, asking them why they carried the three “purported” news outlets that they say function as “misinformation rumor mills and conspiracy theory hotbeds that produce content that leads to real harm.”

In the letter, Eshoo and McNerney asked, “Are you planning to continue carrying FOX News, Newsmax, and OAN on U-verse, DirecTV and AT&T TV both now and beyond any contract renewal date? If so, why?”

He called for censoring conservative radio and TV…and warning “Radical Republicans are a danger.”

These same networks also have been key vectors of spreading misinformation related to the pandemic.”

I’m not sure how OAN can survive – 90% of their revenue is from the contract with AT&T-owned TV platforms, including DirecTV.

OAN will still be carried by smaller pay-TV providers.

What You Can To Stop This:

We live in a time in which if you do nothing, bad things are going to happen.

The time to act is now. Your help is needed for us to be able to keep freedom of the press alive.

To turn this around, we must be proactive, not reactive.

We will not be silent.

What we will be doing is creating a petition to offset the radical censorship position.

We will then mobilize the signers of the petition to text, email and call key people.

We will try to save OAN.

We will fight for FOX, Newsmax and Christian programming.

4 Comments on “Censorship Escalates: OAN Banned on DirecTV. Are FOX and Christian Programming Next? [Emergency Petition] – 8 Shocking Facts You Should Know”