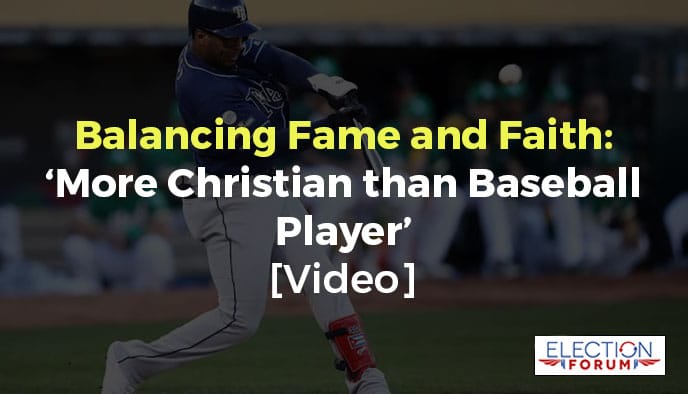 By the time you read this, the 2019 World Series will be over.

It’s been a history-making series through the first 6 games.

Because never before in Major League Baseball history has the visiting team won the first 6 games of a 7-game series.

If the Washington Nationals win game 7 in Houston, the streak of consecutive visiting-team victories will extend to an entire world series…

And one of the leading candidates for the World Series Most Valuable Player (MVP) award will by Anthony Rendon – the Nationals’ 3rd baseman.

He hit a key home run in Game 6 to tie the series 3 games apiece and force a Game 7.

He wants everything he does to be done for the Lord and not for himself.

What a great perspective to have…

“Whatever you do, do your work from the soul, as for the Lord and not for men…” (Colossians 3:23)

Watch this interview with Anthony Rendon talking about his college baseball playing days at Rice University in Houston (about 4 minutes).