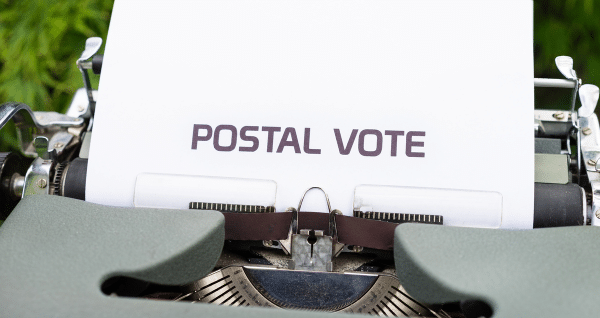 The postal union is one of the most radical, pro-socialist unions in America.

In 2016, they endorsed Bernie Sanders.

In 2020, they endorsed Bernie Sanders.

Then they endorsed Joe Biden.

The post office has had a history of political activism. In fact, it is one of the most active political arms supporting the Democrat Party.

The postal union mobilizes and activates its employees to volunteer, to walk precincts, to make phone calls, and to distribute literature.

And they also do some dirty tricks.

Here are 6 dirty tricks you should know about:

1. The union has been creating a false narrative about stopping the massive 68 billion dollar postal bailout.

The post office has been mismanaged. It’s a huge bureaucracy with the union preventing the necessary changes to make it more efficient. When the new postmaster general came on, actions were taken to try to:

Yet postal employees jumped into this with Michael Moore’s moveon.org. A massive petition and nationwide effort was created to subsidize the post office and bail it out with billions of dollars. This campaign is an indirect campaign to help Joe Biden and destroy President Trump.

The post office knows who the Republicans/Conservative/Christians/Libertarians are. When their vote-by-mail ballots are mailed to them, the post office could “lose” those ballots so they are never counted.

If given the ballot to send in, be very careful. If they know that your vote will not be for their pro-socialist candidates, they can toss the vote so it never arrives or change the vote to what they want.

4. In 2016, the postal union used its trained employees to work for Hillary Clinton.

The post office allowed the employees to do campaign work during regular work days. This became a great controversy as it was a violation of the Hatch Act. In 2020, they are trying to avoid the same accusation, but the same employees are working on the Biden campaign.

5. Forwarded or absentee ballots are easy targets to be collected, voted on by the postal employees or their political friends and sent in as an honest vote.

This is one of the many forms of voter fraud that is almost impossible to detect and stop.

6. Throughout the United States, postal employees have attached political mail to the absentee ballots.

They have delivered political mail they disagree with by holding it until after the election.

These dirty tricks are ignored by the media. But with a little research, you can see these and many more instances of the controversies of the postal employees and of the union that has become politicized.

Let me know what you think. Email me at Craig@electionforum.org.