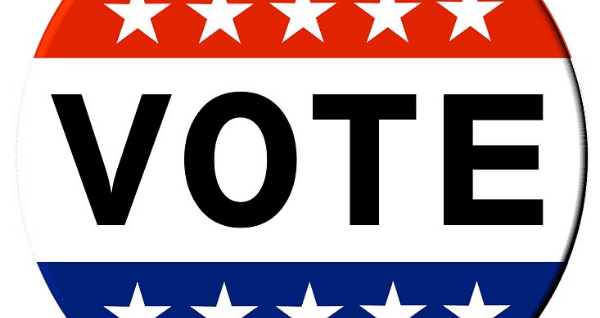 The confusion surrounding the election results is epic.

That’s because of the false media reports and phony rumors on social media.

Here are 12 shocking realities to help you cut through the confusion, lies and distortions.

Reality #1 – The election is not over until all votes are counted and the lawsuits regarding voter fraud have played out.

The winner of the presidential election has not yet been determined.

Joe Biden is not the new president.

Donald Trump is not the new president.

Reality #2 – We live in a Constitutional Republic governed by law, not by the media and not by man.

The election officials must follow the law. Our elections must be above reproach.

There can be no doubts.

He declared himself president.

But the election isn’t decided until the votes are certified…… and that has not happened.

Reality #3 – The U.S. Constitution sets the process and dates for a peaceful, lawful election.

The President-elect is not confirmed until the Electoral College vote takes place in December following the November election.

It’s not the media’s place to “call” an election for either candidate, or to declare a winner.

Reality #4 – Biden, Trump, Republicans, Democrats – everyone must believe and trust the results.

That’s why Biden, Trump, Republicans and Democrats must support investigations of fraud and support recounts if justified.

If Biden wins, he needs to prove the legitimacy of the election.

If Trump wins, he needs to prove the legitimacy of the election.

In 2000, Al Gore took his objection of “hanging chad” ballots to the U.S. Supreme Court. And once decided, he conceded the election.

Reality #5 – Regardless of the final outcome of the election, President Trump is still President of the United States until January 20, 2021.

Then, whoever receives 270 or more electoral votes will be the new president.

Reality #6 – Voter fraud is real and it did happen in the 2020 general election.

Depending on the extent of the fraud that is uncovered, it could change the election results.

Reality #7 – The media and politicians are claiming there is no voter fraud.

The assertion that voter fraud doesn’t exist is absurd. It’s the same as saying there is no theft or there is no lying in the world.

People are not sinless and perfect. Some will always try to “game” the system and cheat.

Any voting system that doesn’t require voters to show personal ID opens the door for people to assume someone else’s ID and vote twice … or multiple times.

Ballot harvesting is a goldmine for fraud.

Reality #8 – No one knows if there is enough voter fraud that can be proven to change the election results.

There may be enough proof.

There may not be.

The courts must decide if fraud occurred based on the evidence. And the courts must rule on how to correct any fraud that occurred.

Many of the state judges are judicial activists like the Pennsylvania Supreme Court.

The U.S. Supreme Court will probably review the most significant fraud that could change the election results.

Reality #9 – Be very careful about false rumors and false information.

In something as big as this, disinformation is everywhere.

There are false “facts” issued by Trump supporters.

There are false “facts” issued by Biden supporters.

And there are false “facts” issued by the media and the so called biased “fact-checkers.”

Over the years, I’ve learned to filter out the falsehoods and to be careful to make sure I’m right about an issue…. And never spread inaccuracies.

Reality #10 – Vote recounts are being done in Wisconsin and Georgia.

Vote recounts should also be done in Michigan, Nevada, Pennsylvania – and possibly Arizona.

What if Trump wins the recount of 3 or more of those states? What if he doesn’t win any of them? Or just one or two of them?

Let’s all trust the outcome will be fair, no matter who wins.

Reality #11 – The Deep State will steal this election – if conservatives, libertarians, Christians and Republicans let it happen.

The Deep State consists of government officials and bureaucrats – and their allies everywhere.

They use influence, money and power to manipulate and change outcomes.

Example: In Pennsylvania, Trump was leading Biden comfortably as of 11pm on election night when the state announced it was going to stop counting ballots until the next morning. But at 4am – 5 hours later – a data update added 138,000 votes to Biden’s total and ZERO votes to Trump’s total.

That is a mathematical and statistical impossibility.

We see the Deep State at work on the local level with power hungry, corrupt, local election officials.

We see “power plays and abusive decisions” from state election officials under the states’ Secretary of State.

We see evidence of the Deep State with politicized, judicial activist judges:

For a full explanation of this, read my book, The Deep State: 15 Surprising Dangers You Should Know. To order, click here.

Reality #12 – Here is how the next president will be chosen.

Right now, Biden is not the president-elect. Neither is Trump.

On December 8th – under federal law – the states must each resolve all their conflicts and issues regarding the voting. Then each state governor certifies the results of the presidential election in each state.

Once the election results for each state are certified, the electors for the winning candidate will travel to Washington, D.C. and vote in the Electoral College on December 14th. Then we have a President.

Pray that any fraud or deceit is found.

Pray that truth and integrity will prevail, and honesty would be established for the 2020 election.

Pray for Biden and Trump, that they would have wisdom and they would act in a way that would be a witness to future generations and to the world.

Pray that America’s integrity in our elections and our process is to gain the confidence of Republicans and Democrats, liberals and conservatives, and that the world would want to see our form of democratic republic in their nation and have confidence that our example is something they could emulate.