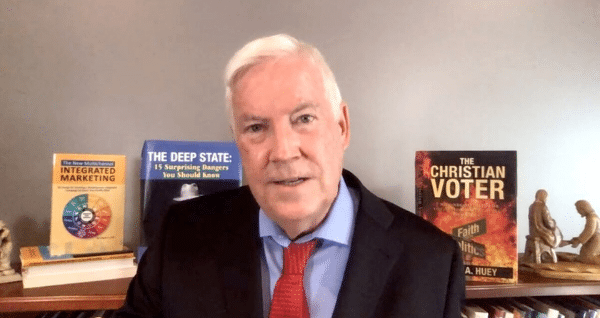 Voter fraud is a reality.

Some are dismissing it by calling it a conspiracy theory. This is a denial of truth…

What needs to be investigated and proven is how much voter fraud actually took place, and whether or not it was enough to change the election results.

And what needs to happen to ensure election integrity in 2022.

My examination of the results, so far, is that it would have changed the election results.

Fraud must be proven in court. And that’s why there are court cases going on in every swing state right now.

Williams College professor Stephen Miller did an interesting analysis of the voting in Pennsylvania. Here is what he found:

Based upon 2,684 voter interviews, he discovered 2 problems:

These were not the only irregularities that created a corrupted election. Much of the fraud is due to ballot harvesting by the Democrat Socialists.

Legal and illegal ballot harvesting is hard to track down and prove, but it was done.

Here are TV and radio interviews that I did, where I go into detail about some of these issues and problems.

First, take a look at the Exceptional Conservative with Ken McClenton.

This was a program in which I discussed election integrity, voter fraud and ballot harvesting for 36 ½ minutes:

Why Americans Must Fight for Election Integrity. This was a 30-minute audio interview with Dr. Carol Swain.

One Comment on “Voter Fraud: Irregularities, Ballot Harvesting and Mail-in Votes – Cutting through the Confusion and Media Censorship”