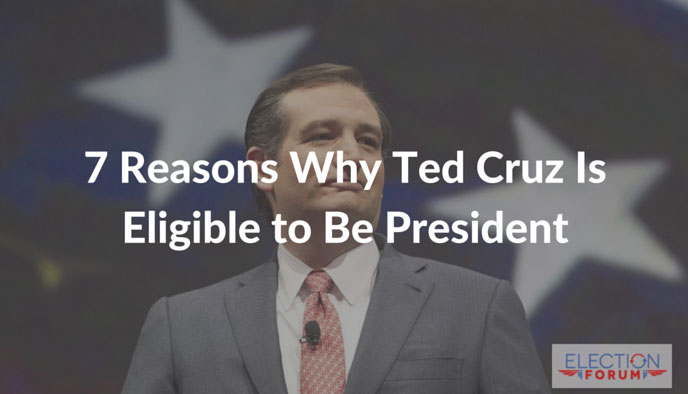 Questions continue to abound whether US Senator and Presidential candidate Ted Cruz is eligible to run for President of the United States.

For a politician, doubt is death and truth irrelevant.

But what is the truth?

Who is saying that Ted Cruz is ineligible?

The Constitution stipulates the following requirements for someone to become President:

Cruz is 46 years old, has lived in the United States for more than fourteen years.

But is he a natural born citizen?

Here are seven reasons which prove that Ted Cruz is a natural born US citizen, and is eligible to run for President:

Care to share your thoughts? Email me at craig@electionforum.org