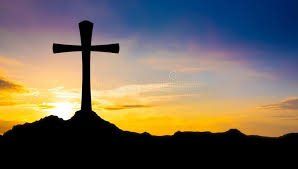 Because so many Hispanics voted for Trump for president.

Trump improved his margins in key Hispanic counties in both Texas and Florida.

In Texas, 41% of Hispanics voted for Trump compared to 59% for Biden. In Florida, Trump picked up 47% of the Hispanic vote to 52% for Biden.

Overall, about 32% of Hispanics nationwide supported Trump in 2020.[i]

Although Biden did receive about 66% of the nationwide Hispanic vote, he was expecting over 70% support from Hispanic voters. So Trump did better than expected among Hispanic voters … and about 4 percentage points higher than he did in 2016.

Among evangelical Hispanics, Trump received between 76% and 81% of the vote.[ii]

This has not surprised me.

In the last couple of years, I have spoken to well over 2,000 evangelical pastors.

They are stereotyped by the Democrat socialists as being opposed to Trump and his policies.

The reality is, they loved Trump’s policies.

But they were all in agreement that far more important issues existed.

Evangelical Hispanics voted for Trump because they are opposed to abortion.

President Obama sad, “People were surprised about a lot of Hispanic folks who voted for Trump, but there’s a lot of evangelical Hispanics, who the fact that Trump says racist things about Mexicans, or puts undocumented workers in cages, they think that’s less important than the fact that he supports their views on gay marriage or abortion.”

What the Democratic socialists, including Obama, don’t understand is that Trump is defending pastors and supporting law and order.

Also they oppose globalism and they are against socialism.

People in their fellowships are small business owners, they are families who love Jesus, worship the true and living God and have solid values of right and wrong.

Expect more taxes coming in the days ahead.