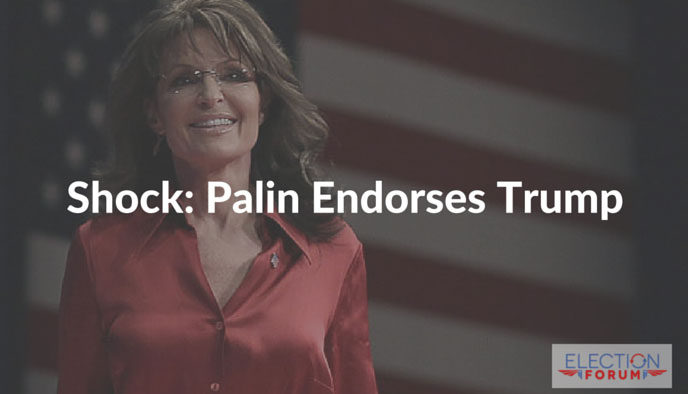 Palin anticipates that America will change for the better under a Trump Presidency.

“Are you ready to Make America Great Again?!”

Palin shouted this campaign slogan as she stood with the New York Real Estate Mogul Donald Trump at the Hansen Agriculture Learning Center. Then Palin gave him her endorsement, long coveted by many conservatives.

Like Sara, Donald Trump has weathered the attacks in the press in the US and around the world, yet still stands on his principles.

For those conservative Presidential candidates whom she had endorsed in previous races, she exhorted them to stay in the US Senate (a subtle shot at Ted Cruz). She also praised by name US Senator and rival Presidential candidate Rand Paul: “The libertarian streak in him. . .is healthy. [H]e knows you only go to war if you’re determined to win the war”.