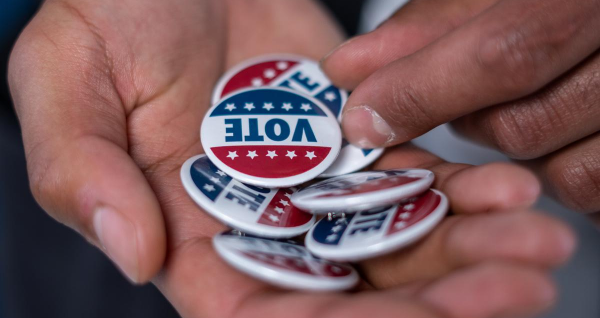 Mail- in ballots across America have been rejected by election officials in the 2020 primaries.

For example, in California’s March 2020 primary, over 102,428 ballots were rejected. That’s about 1.5% of the 7 million sent in…. enough to have made a difference in the outcome of a close election.

– Ballots lost in the mail

The most common reason for ballot rejection was in fact missing the election deadline.

This accounted for 70,330 of California’s rejected 2020 primary ballots.

Nationwide the ballot rejection rate is 1.4%.

In the 2016 Presidential election, 129 million ballots were counted. That means 1,806,000 were not counted. In swing states, that makes all the difference in the presidential race just like it matters for tight state and local races.

The 2016 Presidential election was decided by less than 80,000 votes in a few key electoral states like Florida. Just a small fraction of rejected ballots could change an election.

In many states, vote by mail has been expanded. In some areas the only way to vote is by mail.

That means this upcoming election could see a far greater rejection percentage.

The New Jersey Attorney general has filed fraud charges against candidates who tried to manipulate the vote.

The Democrats in all the states are pushing bills to force all mail-in votes… largely because of COVID fears.

Lawsuits by the Democrats to force all votes by mail is also being done.

And in each of these efforts, they are trying to prevent any security checks in the law undermining election integrity.

Right now, security is poor. They want it to be non-existent.

Registration in many states is not verified.

In California, my copywriter at my Ad agency I own, registered a dog to vote… and she received the dog’s vote-by-mail ballot in the mail.

The existing system in most states is to compare the signature on the ballot to a voter registration card on file. If it doesn’t match, it’s rejected.

This of course is subjective and only as good as the security enforced.

Cal Tech and MIT- along with many others — warn of voter fraud because of mail-in ballots. They put out a joint report warning fraud is found in the mail-in ballot system.

Here is what you can do.

2. If you can’t go to the polls, be careful to vote early and write your name like you did originally.

3. Vote according to our voter guide – we recommend only candidates who want to stop voting fraud.

4. Read chapter 11 of my book, The Deep Sate: 15 Surprising Dangers You Should Know, on voter fraud. It will give facts that you won’t find elsewhere. You can get the book on Amazon; click here or go to DeepState.com and I’ll sign a copy for you.

5. And get my free report “6 Little-Known Strategies to Winning the 2020 Election”. Click here to get it.

6 Comments on “Mail-In Ballots and Voter Fraud: Millions of Votes Not Counted? What the Media is Not Telling You”