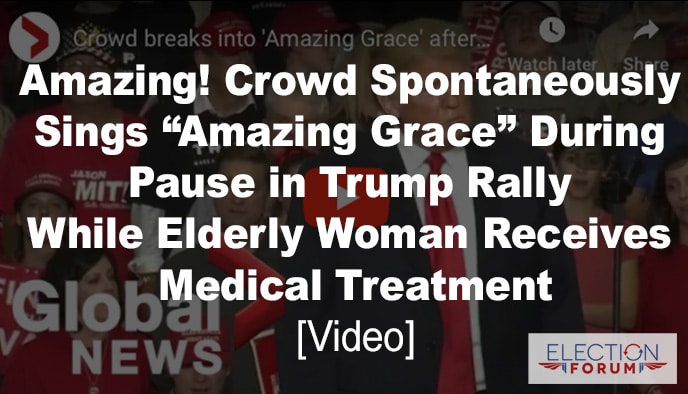 He was speaking to a crowd of about 7,500 packed into the Show Me Center on the Southeast Missouri State University campus in Cape Girardeau.

An elderly woman collapsed near the front of the crowd…

President Trump noticed … stopped speaking in mid-sentence … and called for a doctor to help the woman.

Shortly after, some people in the crowd began singing “Amazing Grace.”

The entire crowd quickly joined in as President Trump nodded in approval from the stage.

At the end of the song, the crowd erupted in applause as Trump applauded and mouthed “Thank you” to those who had treated the woman.

The entire delay in the president’s speech lasted 8 minutes.

Watch the 2-minute video below.