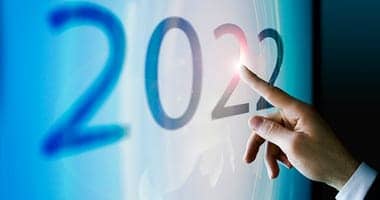 The conventional wisdom is that the failures of the pro-socialist Democrats’ policies in Washington and in Blue States/Cities have been so great and damaging that it’s only common sense that the House and Senate will turn more conservative or libertarian in 2022.

Because of the epic failure in the economy, foreign affairs, public safety and more – the Republicans will win.

Don’t believe it. It’s not automatic.

Those who want to stop the pro-socialist Democrats are up against a powerful marketing machine.

Unfortunately, the Republicans are about 20 years behind in strategies and tactics…and they could lose for that reason alone.

Sam Cornale is the Executive Director of the Democratic National Committee. He calls their new marketing initiative policy to create a pro-socialist tsunami in 2022 a “Game Changer.”

His group is investing $23 million dollars to change the 2022 election from turning Republican for the U.S. Senate, House, and state races – even local.

How will the $23 million be spent?

Not in TV advertising.

Not in PR, billboards or lawn signs.

They are investing $23 million dollars to transform the 2022 election in an advanced marketing system Republicans aren’t doing.

The plan is outlined in a letter from Sam I just received.

He thinks what they’re doing is unstoppable and that no conservative, libertarian, Christian or Republican opposition can stop them from winning in 2022.

Here is what he says about the new Democrat Plan:

“This agreement we reach is a game changer. It’s the easiest commitment we’ve made to state parties and grassroots ever taking the fight to Republicans on their home turf. Catalyzing new and innovative organizing work on the ground and making sure we can provide the best data and tech to candidates no matter what they’re running for.”

He went on to say, “If we learned anything last cycle, it’s that winning elections takes investing early.”

He finally says that the DNC investment that directly supports this mobilization at the local and state level, “empowers folks who know their communities best to lead the charge.”

This money is necessary to be able to do what they are doing. They are spending money on training, paid staff, voter identification and mobilization, data and targeted digital marketing.

And the political consultants and national committee aren’t in control – it goes local.

#2: GOTV. They are training local people how to “Get Out the Vote” (GOTV).

Get Out the Vote – GOTV – wins elections.

It has now become a science.

The Republicans’ GOTV campaigns are usually identifying Republicans and knocking on doors like they did 30 years ago. It’s poorly done.

It’s a new way of using data and training to tell your paid activists or volunteers who to see or call so they can maximize votes – which results in 10-20% higher turnout rate for their candidate.

And at the state level, you can incorporate ballot harvesting or some other technique to increase voter turnout in the states that allow it (see “How You Can Help Bring Church Ballot Harvesting to Transform Your Community”).

#3. Data Driven. Once trained, each person will be able to use what they call “best data and tech.”

What this means is that they are doing analysis of key issues so that they can divide their potential “Get-Out-the-Vote Campaign” into a bucket of issues:

First, they divide voters into those they want to avoid…because they don’t think they will vote pro-socialist…

Second, they identify “persuadables” – those that could be convinced to vote their way…

Third, they identify friends – those whom they are confident will vote correctly.

They then define with the data what their key interests are: education, crime, homelessness, housing, gas prices, inflation – and create a database so that the paid staff member can go to that door, know what to say, and have the phraseology and training to convince them to:

During this process, they also identify new voters to register.

#4. Local Races Targeted. And they’re going to do it from the City Council and School Board level on up to the Governor or Senator.

Water commissioners, Sheriffs, DAs….all these in the past had been ignored…but not by the pro-socialist Democrats.

Since President Obama started doing community organization, these seats have been targets.

Today, those are as important as the Governors’ and President’s races.

But the Republicans usually totally ignore this.

Key to this is the Democrats creating a voter guide from local up to statewide offices.

#5. Starting Now. And they’re doing it early, knowing they must begin early to win.

They’re not going to wait to the last few months before the election.

They know they have to start now.

They have to train.

They have to profile.

They have to register.

They have to organize a ground game.

And they have to implement it.

#6. How You can Help Stop the Tsunami. To help stop the coming voter tsunami we encourage you to donate to the Turn America Around Campaign.

To turn this around, we need your help to create a powerful voter guide.

We must provide a voter guide on the local level as well as the state level to counter their work.

Plus, we will be helping offer digital and strategic marketing assistance to those key candidates in the swing districts where we can affect their efforts to defeat a good candidate… and also where we can defeat one of their bad incumbents.

Without your financial help, we can’t do this.

And that’s just the tip of the iceberg since so many organizations like Change.org and wealthy people such as George Soros and Tom Steyer provide other funds for a similar type of program.

This is a battle between good and evil.

It’s a battle between right and wrong.

It’s a battle for your kids and your grandkids.

It’s a battle for freedom and our future.

If you could donate $10 or more to our Turn America Around Fund now, it gives us the ability to start moving ahead.

Some of you could help with a large donation.

All donations will help.

Without your help, we are going to see 2022 as a huge setback for our country.