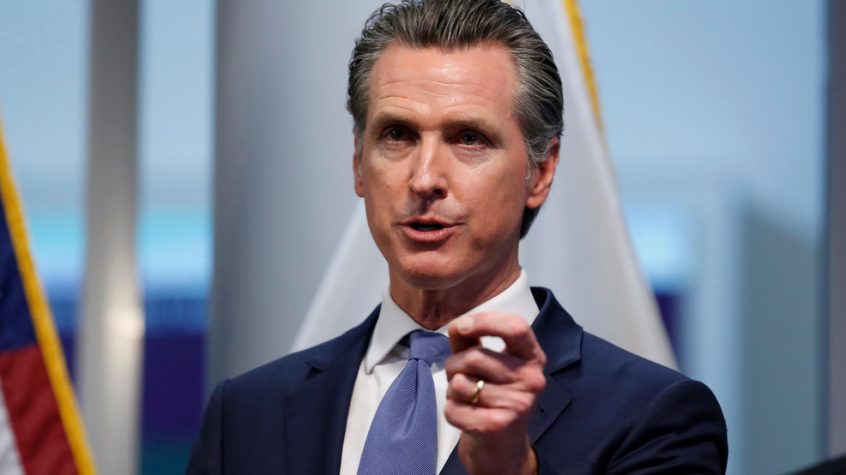 The epic battle for Governor Gavin Newsom to keep his political seat has become a nationwide effort.

Across the United States, the Democrat Socialists have united in sending Gavin Newsom volunteers, paid staff and money…lot of money.

And it looks like Newsom may still lose his job.

#1. The recall election is on September 14. It will be an all mail-in ballot.

The recall has two questions:

Question #1: “Should Gavin Newsome be recalled? Yes or no?”

If fifty plus one votes say yes, Gavin Newsom is recalled.

If Gavin Newsom gets 50 plus no votes, he stays as governor.

The second question is “Who should replace him?”

There are some very good candidates on the ballot who would be an excellent California governor.

And there’s some really bad ones.

We will be analyzing each of these top candidates next week.

40 candidates in all are running.

The one who gets the plurality will win.

Yes, the plurality – not majority – will win.

#2. The polls are showing Gavin Newsom could lose this election.

A tsunami of despair has swept across the Socialist Democrats. They are in a panic.

Because according to the Los Angeles Times Berkeley poll, among likely voters: 47% say yes to the recall. 50% say no.

In other words, it’s in the margin of error.

This is surprising in that the Republicans are around 20% of the California registered voters.

Independents are a little bit more.

And yet Newsom does not have the support.

Worst for Newsom is there is little enthusiasm.

If he does lose in the recall election, then the candidate with the highest votes will win.

Right now, the top candidates are Caitlyn Jenner with 3%, John Cox and Kevin Faulkner are tied for 10%, and Larry Elder has 18%.

Gavin Newsom is getting donations throughout the United States.

You see, under California law, Newsom does not have donation limitations on how much money can be given in a recall election.

Unions and large organizations are giving him $1 million-$5 million at one time.

For example, the SEIU gave him $5 million.

But money can’t buy you love.

His elitist attitude, his failed policies, and the disintegration of the state of California. There is the water and electricity crisis, the crime spike, the oppressive lockdown, the unnecessary mask mandates, the massive homeless invasion, the high unemployment compared to other states, and much more.…he has an uphill battle to overcome.

In 2016, President Trump was as badly outspent by Hillary Clinton, similar to what we see in this race. Yet Trump won because people were mobilized and got people out to vote.

That could be duplicated in California with a pro-freedom candidate actually being governor of a heavily Democratic-dominated state.

#4: Newsom is trying to buy the election.

Gavin Newsom is giving away billions of dollars to parents with kids, to renters, to as many groups as he can from the state surplus of $75.7 billion.

He even made California the state to give at least a billion dollars to illegal immigrants for healthcare.

Will his giveaways and bribes work? I don’t think so.

#5: We will be endorsing a candidate and posting our endorsement on the website.

For those who live in California, or know someone who does, stay tuned.

We will soon be evaluating the best candidate for Governor.

#6. Help us defeat Gavin Newsome in this epic recall.

Gavin Newsom may be able to outspend everyone, but we can do a better job at mobilizing the targeted audience than anyone else in order to get out the vote.

Between our advanced digital strategies and use of advanced marketing, we will be able to defeat Newsom which would create the tsunami against the socialists.

Please help, but time is short.

We need your donations today to be effective.

You can donate in three ways to the Turn America Around Fund:

Incidentally, I did the following interviews on the recall recently that you might want to hear.

Click HERE to listen to a radio interview Epic California Recall Election: What is Really Happening [Interview with Craig].