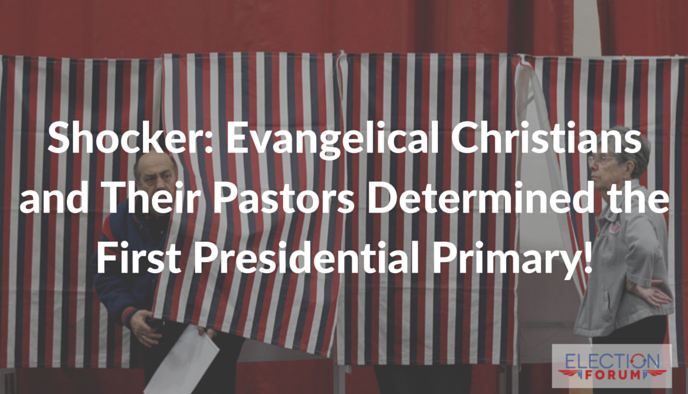 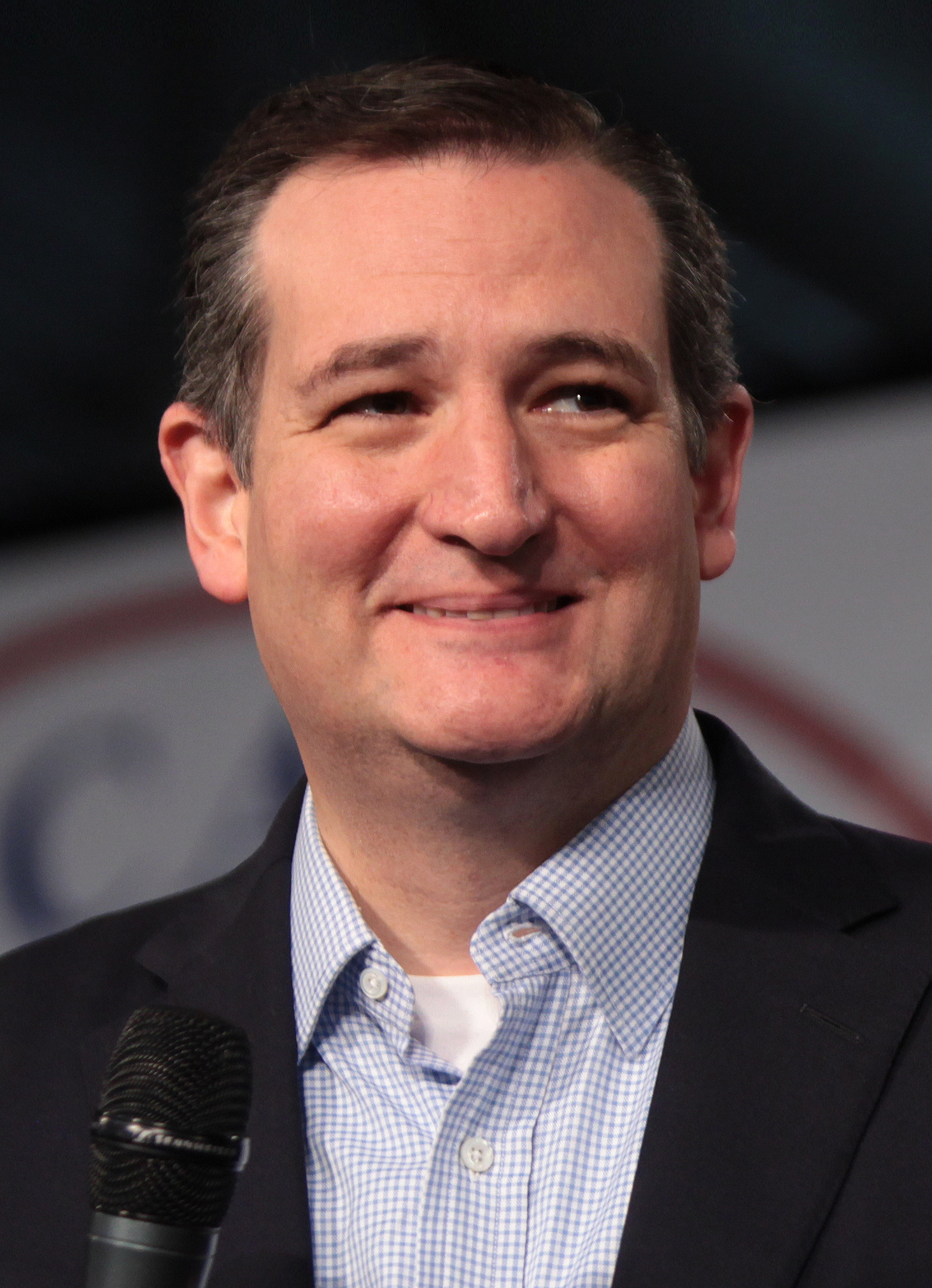 The Iowa Presidential primary results are in, and they shocked the liberal media, the establishment politicians, and the candidates themselves.

The surprise: The Evangelical Christians and their pastors were the #1 influence in the election, and that explains how Cruz beat everyone in the Republican field by a large majority.

Here is what you should know:

The turnout vote was historic: 48% higher than in 2012. All the experts and media said that the higher turnout would help Donald Trump. Wrong. The higher turnout was mostly Evangelicals: 64% of all Republican voters, 50% more than 2012.

Most went for Cruz, giving him a stunning victory.

These voters went for Ben Carson and Marco Rubio, too. Trump did not pick up as many as experts thought. Most went for Cruz, giving him the stunning victory.

Cruz had 180 pastors organized for mobilizing their churches. He had one pastor in charge of every district. He had specific evangelical messages by mail, TV/radio, email, banner ads, retargeting, Facebook, and more. The advanced micro-targeting was the best among all the Republican candidates.

In churches, town halls, and interviews, Cruz quoted the Bible, earned the endorsements of key Iowa Christian leaders … and national leaders like James Dobson and Tony Perkins. 1,500 organizers directed 15,000 volunteers to get out the vote … along with advanced marketing strategies and techniques.

Most of the Republican candidates’ marketing was consultant driven, something out of the 1990’s. Every candidate had something from the new marketing that Obama used to transform politics in 2012. They largely played with the new tactics, but did not use them well.

Except Cruz and Clinton. They used the most advanced marketing to support a powerful ground game … and they won.

For example, Cruz captured much of the libertarian vote—by targeting libertarians with his free market and pro-liberty positions … at the expense of Rand Paul.

Trump used Twitter well, but tweets won’t determine the win without the other tactics … and an integrated ground game.

Rand Paul was the second best of the Republican with digital media, but no ground game.

The Cruz volunteers knocked on doors … knowing who the voters were and their key issues. They then made sure all who supported Cruz got out to vote.

Hillary beat out Sanders only because of the integration of the advanced microtargeting and her 1,500 volunteers. She used the same team and tactics as Obama did in 2012 to get voters to the polls. Obama’s campaign veterans determined her efforts.

But she lacked the enthusiasm and the excitement which Bernie Sanders generated. Millenial women abandoned her and went for Bernie. And the Millenials got out their friends.

Rubio had the third strongest ground game, and it sure paid off. He almost got more votes than Trump, finishing third.

Bush spent about $2,500 per vote, yet only got 2.8%. Money can support good marketing and a ground game. But the massive media buy and marketing of the politicians, candidates … including Trump … make old-fashioned political consultants rich … and do little to get a candidate elected.

For example, Cruz stood on principle, not political expediency. And it paid off. Instead of pandering to the special interests in Iowa, Ted Cruz did not back down on his opposition to energy subsidies, such as ethanol—a big issue for Iowans. He even took the time to explain to angry Iowa farmer his intent to stick to free market principles, in which the government does not pick winners and losers in any field.

He also stood for his opposition to NSA spying, even though the vast majority of the GOP field caved on that issue, too.

Now it’s onto New Hampshire. Trump’s second place finish has broken his winning image. As promised, Huckabee dropped out of the race. So have Rand Paul and Rick Santorum.

a) He got a large amount of Carson, Trump, and Cruz evangelical voters because of the last Republican debate, when he said:

“Let me be clear about one thing, there’s only one savior and it’s not me. It’s Jesus Christ who came down to Earth and died for our sins … Why are we some of the most generous people in the world? Why do American contribute millions of dollars to charity? It is not because of the tax write off,” Rubio said. “It is because in this nation we are influenced by Judeo-Christian values that teach us to care for the less fortunate, to reach out to the needy, to love our neighbor.”

Across Iowa, evangelicals began to like Rubio, and now he can carry the momentum into the next primaries.

b) His understanding of the new media marketing is mediocre … but his ground game is good.

Cruz is now the #1 target. He has to overcome the Republican Establishment attacks, including former US Senator and Presidential candidate Bob Dole, Iowa Governor Terry Branstad, the unfair attacks from the Iowa Secretary of State, and the liberal media.

It will be brutal.

Hillary almost lost. She will lose New Hampshire, unless her advanced marketing/ground game can overwhelm Sanders. And it just might. Governor Martin O’Malley also dropped out. No surprises there.

This little state set the tone for the next primaries, and a vicious, hard-fought climb to the top. And it clearly showed what can happen when the pastors and the Evangelicals vote their values.

Here is what you should do:

4. Go to our Presidential Central to see where the remaining candidates stand on the issues.

5. Send the newsletter to your friends so they can read the update.

Thoughts or questions? Who do you think will drop out next? Email me at craig@craighuey.com

Here are the results from the Republican field:

Here are the Democratic results:

4 Comments on “Shocker: Evangelical Christians and Their Pastors Determined the First Presidential Primary!”