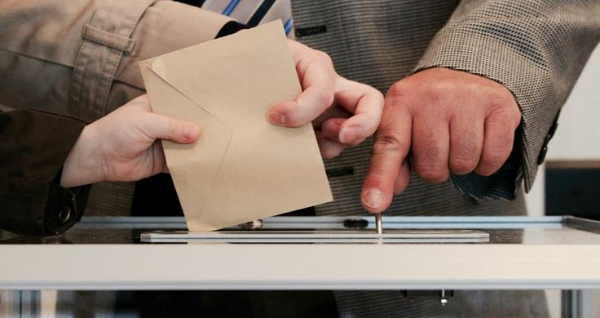 Those who want to destroy Christianity, destroy our freedoms, and pose a Socialist economic system are doing ballot harvesting in the 2020 election.

In some states, ballot harvesting is legal and others illegal.

But in the states like California, Nevada, Colorado and others that are legal, it’s well-organized.

That is why in the March election in California, we tested the concept of church ballot harvesting.

Hundreds of people brought in their ballots. They were able to use our voter guide in order to know how to vote for, not against, their values.

It was an awesome experience.

If you are able to get 20-25 churches in a Congressional district to do ballot harvesting, a candidate would win, even if the registration odds are against him.

Because with church ballot harvesting, you would be able to have people who normally do not vote, vote.

Whatever the reason that people do not vote, ballot harvesting ensures that as people bring their ballot to church, as people see the voter guide to know who to vote for, from City Council to President, they will be able to vote their values.

Instead of having less than 50% of the church voting, now you have 75% or more now voting.

And here is the key.

The Democrat socialists can’t do this.

Evangelicals vote 81% conservative, it doesn’t matter if they are Republican, Democrat, or Independent. 81%!

This is a powerful increase that will transform the politics in our culture.

Could you help us by donating $10.00 or more? We need to create the training webinar, voter guide, and guidance to help make this happen.