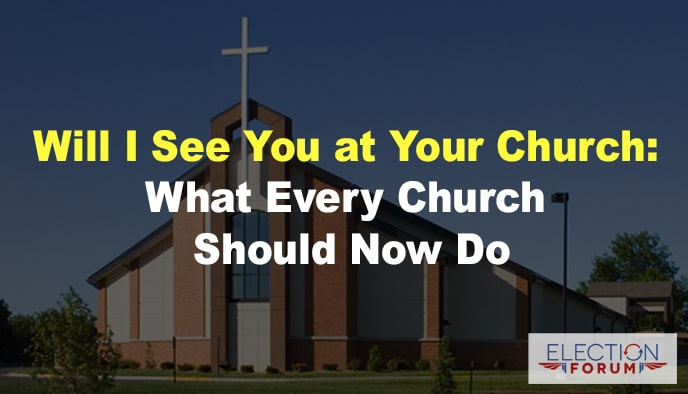 Because in some states – California is one of them – for statewide elected offices, only the 2 candidates receiving the most votes in the primary election are placed on the ballot for the general election in November.

When voter turnout is very low in the primary election, this rule often results in 2 Democrats running against each other in the general election – with no Republican or Libertarian candidate on the ballot.

As Christians, we have a responsibility to educate ourselves regarding the candidates … and vote intelligently for those who will best represent our Christian values and world view.

That’s where I can help … by conducting an Election Forum at your church.

By attending an election forum, you will become better informed about:

Here are the four ways I am doing the election forum this year.

Dates are filling up fast.