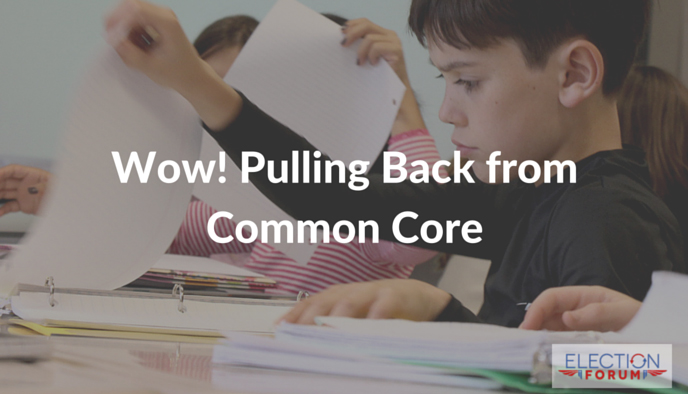 Another state has withdrawn from Common Core testing.

In 2015, Massachusetts’ NAEP scores had declined in almost every single category.

But it’s not only states that are realizing Common Core lowers standards and acheivement – it’s teachers, students, parents, even those who wrote or approved the Common Core standards.

In fact, Massachusetts pulled out of Common Core testing at the recommendation of Mitchell Chester, who was one of Common Core’s chief architects.

An education analyst from the Cato Institute says that “states that never adopted the Core outperformed the average,” indicating that “the disruption theory is correct: foregoing the transition to the Core enabled better performance.”

If you’d like to have me come to your church or group and give my talk “Common Core and the Education Crisis: War on Kids, Teachers, and Parents,” email me at craig@electionforum.org.

2 Comments on “Wow! Pulling Back from Common Core”