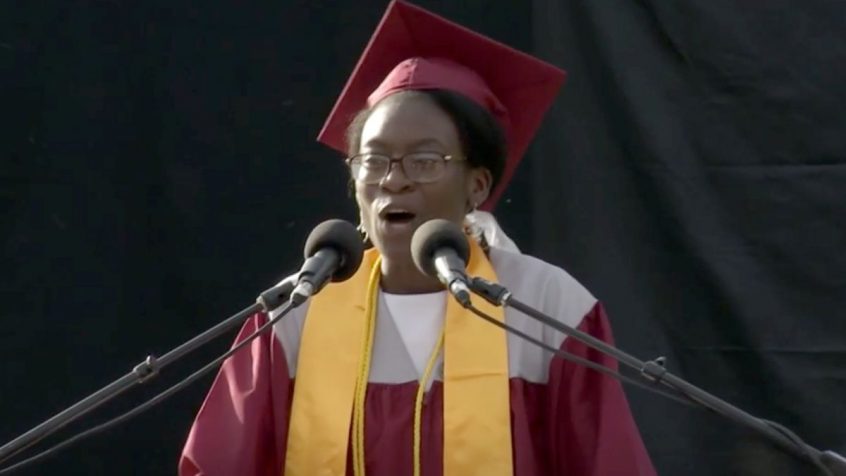 “I feel that, you know, God has gotten me this far, and He will take me the rest of the way.”

A straight-A student, Verda – whose mother emigrated from Ghana when Verda was a child – was awarded the $40,000 scholarship for general excellence. She also received several other scholarships which will help with her expenses as a pre-med student at Harvard.

Verda explained that her Christian faith – and a challenge from her high school assistant principal to be “bold and selfless” – prompted her to ask school officials to give the money to one or more other students who would be struggling to afford college.

“It is such a great honor,” Verda said at the graduation ceremony, “but I also know that I am not the most in need of it.”

She received a standing ovation.