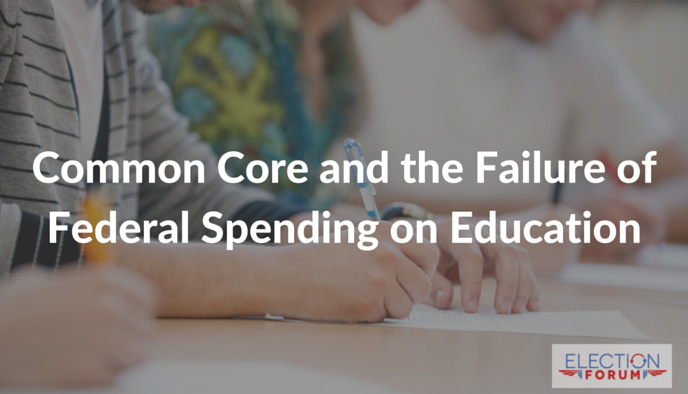 The U.S. has an education crisis.

Liberals think that we can solve this crisis with more spending on our public education system by the federal government.

But this “remedy” is completely ineffective. Take a look at this chart comparing federal spending with student scores: 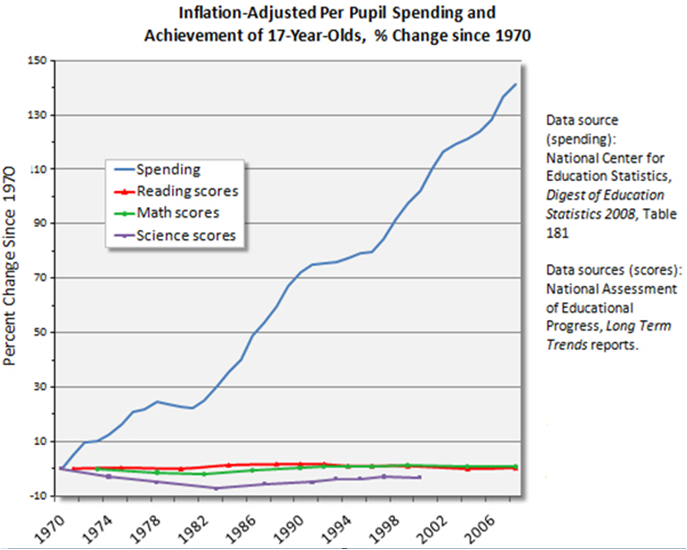 And, with the implementation of Common Core, more and more money is going to be poured into public education – without improving it. In fact, Common Core lowers standards and hinders student achievement.

Instead, huge amounts of taxpayer money will go to:

States will spend an estimated $10 billion up front to implement Common Core. Then, it will take up to $800 million a year to maintain.

Note: For those in the Southern California area, I’ll be giving a talk on Common Core this Thursday, October 22nd.

It will be in Corona at 7 pm. See the flyer here for more details.