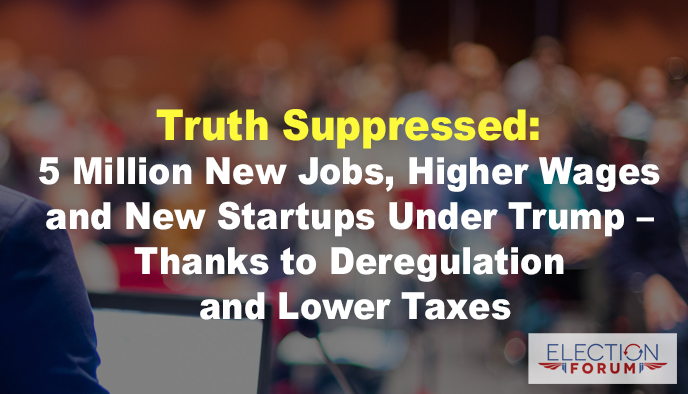 Under President Trump, 5.3 million new jobs have been added … and counting … while media silence about positive accomplishments – and falsehoods about the operation of the Trump administration – are being spread to destroy the president at the expense of the truth.

Facebook … the biased media … and the politicians are suppressing basic economic facts!

The results under Trump’s tax reduction and massive deregulation efforts have been amazing – but most don’t know because they aren’t being told:

This all can be quickly undone if the media and socialist politicians trick people into higher taxes and more regulations. They are advocating:

The battle in the 2020 election will be between truth vs. economic myths and media lies.